All posts in Announcements 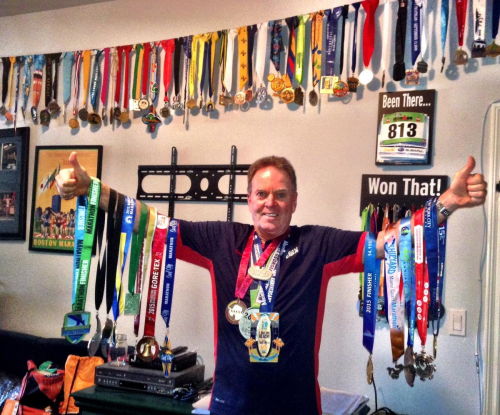 The 67 year old Jack Daly, has almost achieved his goal of completing 100 marathons!

Cliff just surprised and honored me, by mentioning my 50 by 50 highpoint journey in his article about ordinary people doing extraordinary things. The article celebrates a number of very interesting bucket list items, and tips for success in creating your own. You can read the very interesting article here, and if you happen to be friends with Gwyneth Paltrow, be sure and let him know, as one of his bucket list items is to take her on a date… 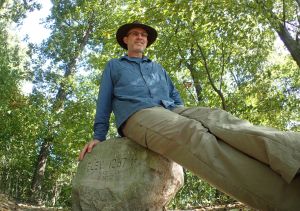 Robert grew up, (mostly) and a lot of other stuff happened that isn’t really important to this story or particularly interesting for that matter.

Your Invitation to the 50 by 50 Celebration
I intend to complete the goal by standing on the summit Guadalupe Peak, the highest point in Texas, at sunrise on my 50th birthday. And, I would like you to join me.

Guadalupe Peak is a 8.4 mile round trip non technical hike with a 3,015′ elevation gain; so anyone who is reasonably fit can climb it.

The trailhead is located at Pine Springs Campground. We will bring our motor coach and establish base camp. Some folks would ascend with me and some would stay behind. After the summit, we would descend and celebrate.

So if you would be interested in participating in this celebration, let me know so we can start planning. 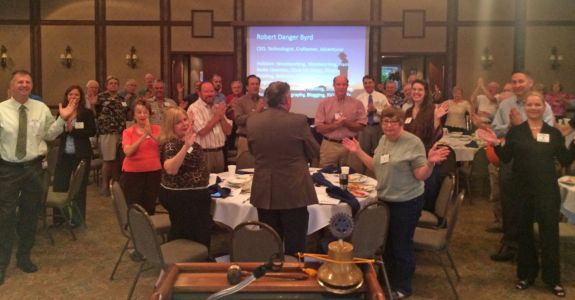 Around 4 years ago Susan and I met a delightfully friendly woman by the name of  Kay Schroeder while dining at an Asian restaurant with communal tables. Kay started following my adventure blog and recently invited me to speak at the Seabrook Rotary of which she is a member. Having been a former Rotarian myself, I have a high regard for the organization, so I agreed.

A Standing Ovation
So this morning, I shared my Denali Experience using a slide deck of photos, gear info & climbing routes. The Rotarians were very engaged, asked a great deal of thoughtful questions and made me feel welcome.

I was especially touched by the warm and gracious standing ovation 😉

Will Speak for Food
I made some new friends and really enjoyed telling my tale. So if you might be interested in me sharing my Denali experience with your group, just let me know.

As avid ballroom dancers, Susan and I will both be dancing in the 2014 Holiday Showcase. We won’t be dancing with each other as you might expect, but Susan will dance with her instructor, the indescribable Mathew Kelling, and I’ll dance with my own dance instructor Lynn Ferguson the 3 times undefeated United States 9 Dance Champion.

There will be around 30 couples dancing in the showcase and spectators are welcome. Lynn puts on the best dance events in Houston, so we invite you to join in the fun as she Presents Her Annual Holiday Showcase. You can show up and pay at the door, but if you want to reserve seats, just send me an email me.

Complimentary Food – Chicken Sattai, Meatballs, Cheese & Fruit.
Complimentary Desert – Italian Cream Cake, Cookies & Gluten Free Chocolate Cupcakes and Coffee.
BYOB – For those of you who are drunk now, that means bring your own booze.
Setups Available for Purchase – To put the booze that you brought in.

Susan is doing a Waltz routine and I’m doing a Tango. Susan has lots of Waltz experience, but I knew only the basic Tango at the outset of this, so I’ve been drinking from the fire hose the last few weeks and the dork factor has dropped considerably. We are dancing to a version of Tango de Roxanne from Moulin Rouge, which is a very dramatic Tango song that I remixed on my iPad during the plane ride to Cuba to make it more danceable.

Hope to see you there.

After a tiny bit of urging (she hit me with a 2×4) from my good friend and marketing maven Winnie Hart @FlyTwinEngine, I have setup a twitter account and linked it to the Danger Blog. Winnie is the one on the right, no the left, heck, I can never tell… 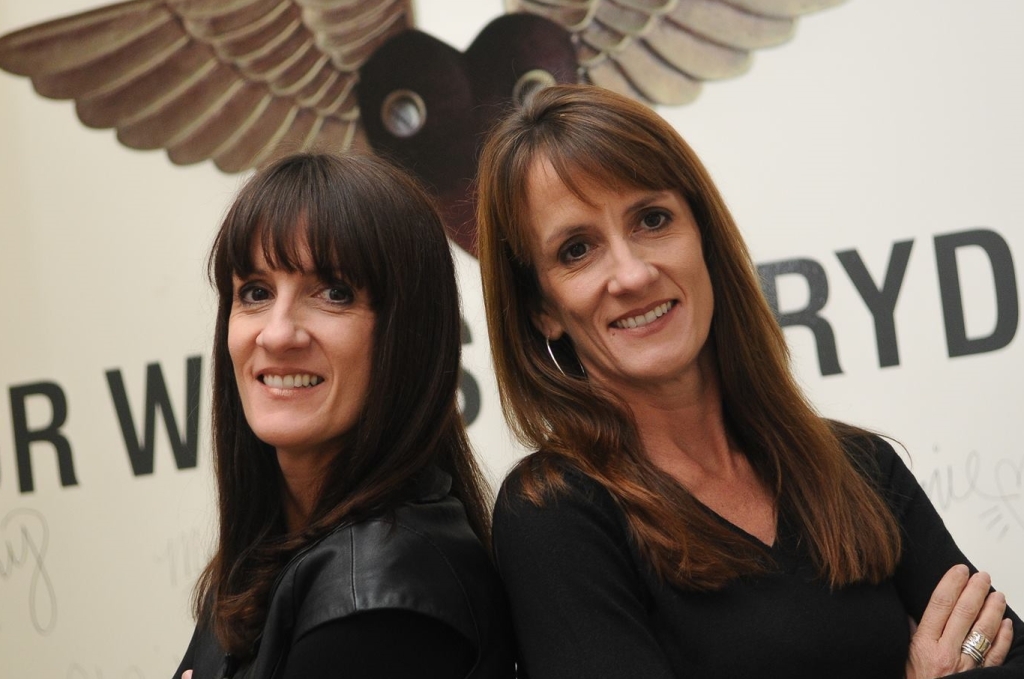 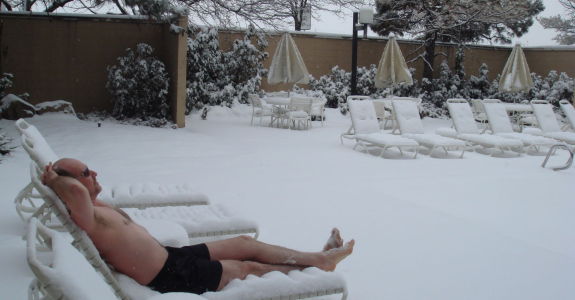 Pardon the non climbing post, but I could not pass up the opportunity to participate in the social media phenomenon that has the likes of  Bill Gates and George W. Busch dumping ice-water on their heads for charity. And the results are staggering. Typical annual donations to the ALS Orginization are in the 2 million range, jumping to 94 million since the ice bucket craze and is climbing 10 million per day. There are just over 500 of you on this list, so you may all consider yourselves officially challenged. If you do it, or have already done it, comment back to this post with your video link.

My Version of the Ice Bucket Challenge
Given that I’ve crossed more than one icy mountain river wearing only my hat, swam in glacial pools and bathed in streams
directly fed by melting snow, just dumping a bucket of ice-water on my head didn’t seem like all that much of a challenge.