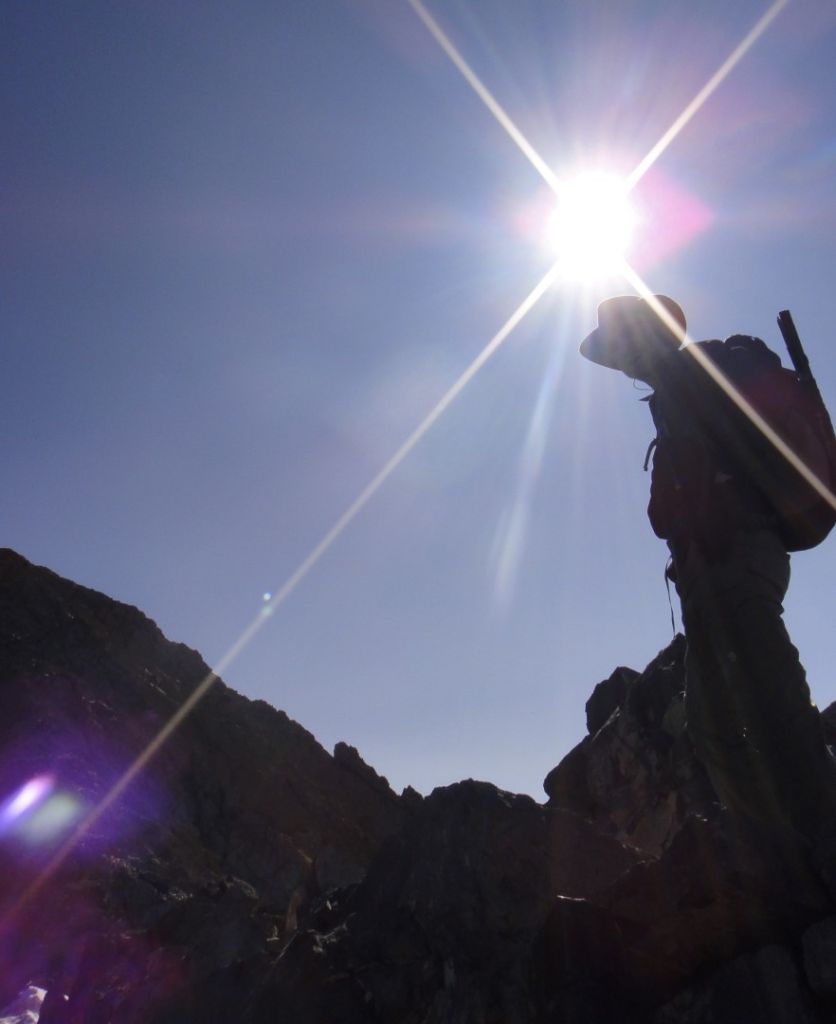 “It is so liberating to have the pain taken away, and replaced with strength. I feel better than I did at 20”, Robert will say when asked.

First things first, yes Danger really is my middle name. I love adventure, and try to live up to my most excellent middle name, but never really found my special thing, until…

In 2010 my good friend and fellow EO forum member Rick Overholt asked me if I would be interested in climbing a mountain with him. When I asked him for details, he told me it was mostly a lot of uphill hiking (massive understatement) with a couple of dangerous places that you could fall and die. This certainly appealed to my adventurous nature, but at that point I was in poor shape, with bad knees and lower back problems which prevented me carrying all but the lightest loads. Despite my physical limitations, I decided to give it a try. After a scant 3 months of training I made it to the 12,662ft summit of Borah Peak, and decided then and there to do every state highpoint.

A Rough Start
Trouble is, I just barely made it to the Borah Peak summit having a terrible time breathing on the way up, and getting back down was also a challenge as intense knee pain forced him to descend straight legged making for an arduous and dangerous descent that took twice as long as it should have and left me totally exhausted.

Training
So I returned home and got to work preparing for the climbs ahead. First step was to address the knee problems, so I commissioned some custom Don Joy Knee braces, and successfully climbed several mountains with them. As my knees became stronger I was surprised to find I no longer needed them. I then began steadily increasing the weight of my training pack from an initial 25lbs to 90lbs currently. I continued to increase the angle of my treadmill until it would go no higher and finally resorted to placing a wooden box under the treadmill to increase the incline beyond the treadmills factory range. To address the breathing issue, I simply work at 170-180 beats per minute (well beyond 100% of my max heart rate) forcing my cardio vascular system into overdrive. This method has proven to be very effective for me and the breathing has not been an issue on later and even higher 14,000 ft. + climbs. I also hike outdoors with my pack, but the bulk of my training is done on my treadmill with my dog Samson sleeping nearby. For general fitness and core strength, I use Tony Horton’s P90X program.

Today I’m in the best shape of my life, having shed all my previous aches and pains.

The Master Goal: 50 by 50
I have a goal to stand on the highest point in every state in the US by my 50th birthday. I plan to complete my home state of Texas on my 50th birthday. You can track my progress here