Yesterday Susan and I knocked out The Massachusetts highpoint which was a drive up. We woke up to rainy weather, but found it a bit cooler which was nice.

A Beautiful Drive
On our way to Mt. Greylock we drove through the idealized countryside of the Berkshires which is dotted with farms, cottages and old barns which left me wondering where the real homes are. I suspect these are cardboard facades put up for the tourists and the real homes are hiding behind them. No matter the case, this is a beautiful part of America. 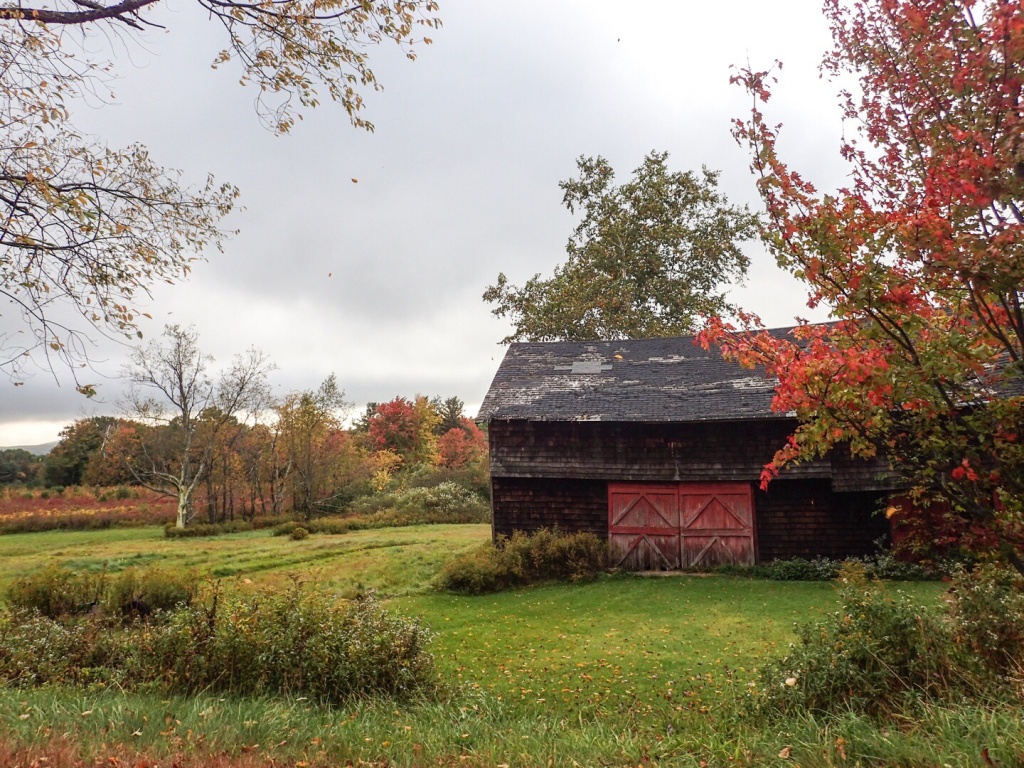 The drive up the mountain itself was mesmerizing with low hanging trees dropping their colorful leaves, sweeping roads and wooden bridges. The interlocking limbs of the trees overlapping the road made it feel very close and cozy. I mounted a Black Edition  3+ GoPro camera on the hood of the car with a GoPro Suction Cup Mount but the rain drops spoiled the photos of the more dramatic sections. 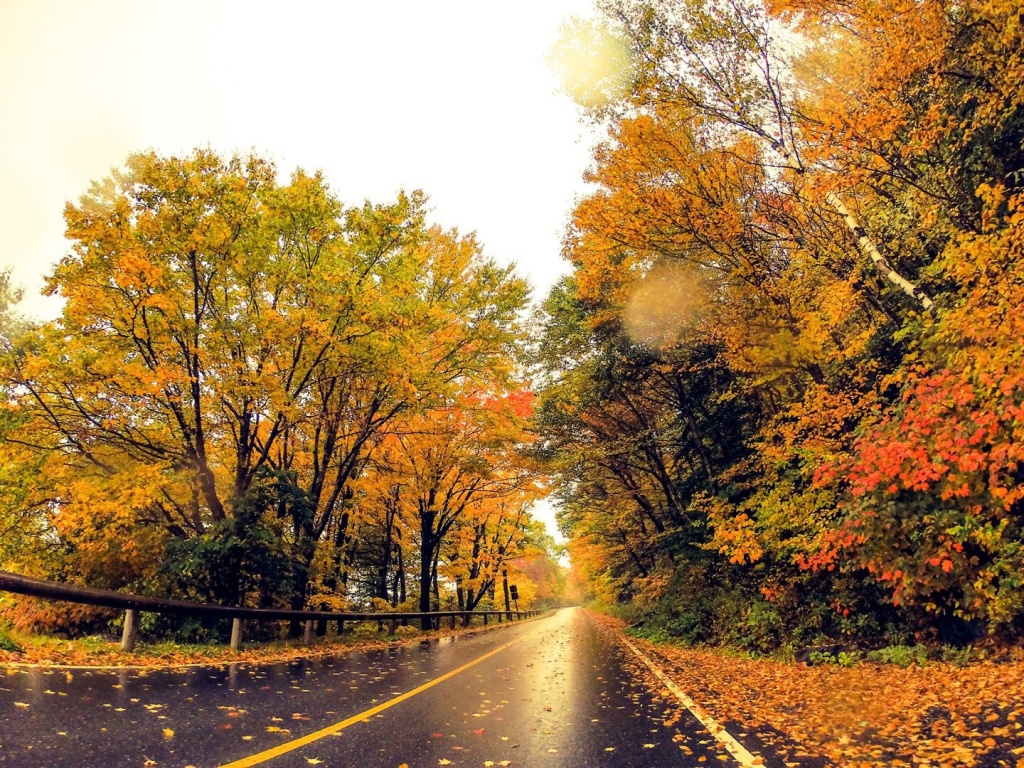 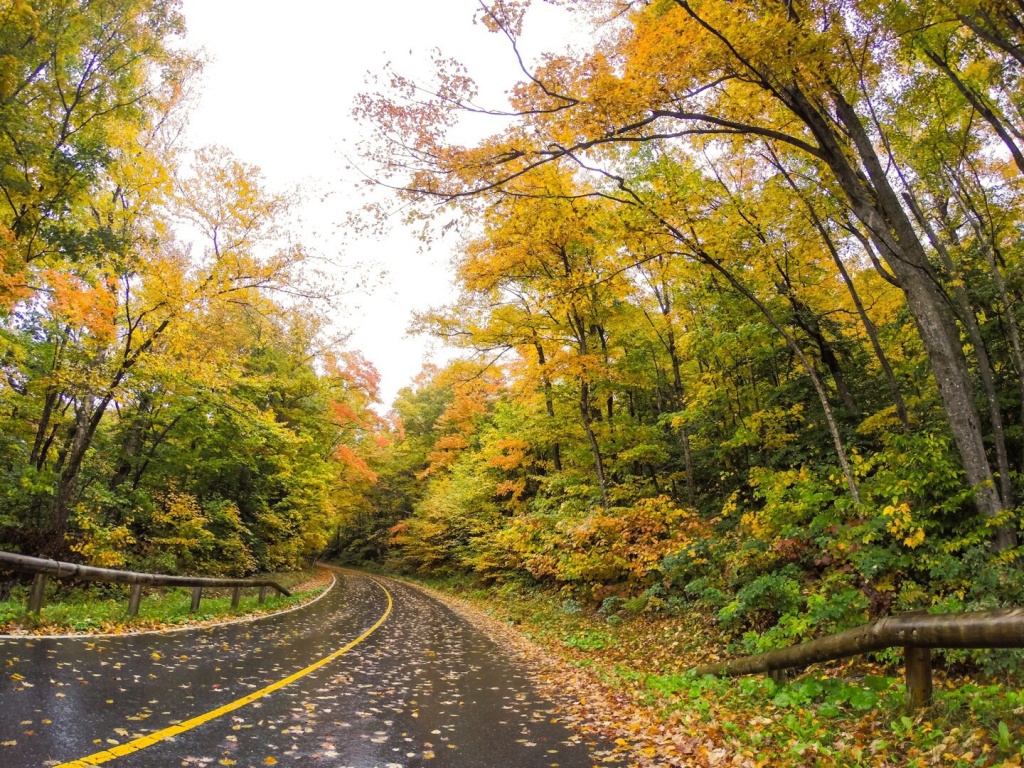 A Very Wet Summit
As we approached the summit fog began to intensify and visibility was severely limited. Once at the summit it was raining much harder and Susan, being a fair-weather hiking buddy stayed in the car. I used a Gorillapod to hold the camera and setup the shot with the WiFi control function of the Olympus TG3 but had a difficult time getting a decent summit photo with the water droplets accumulating on the lens spoiling the shots.

There was a monument at the summit resembling a large chess piece but unfortunately it was closed for renovations. 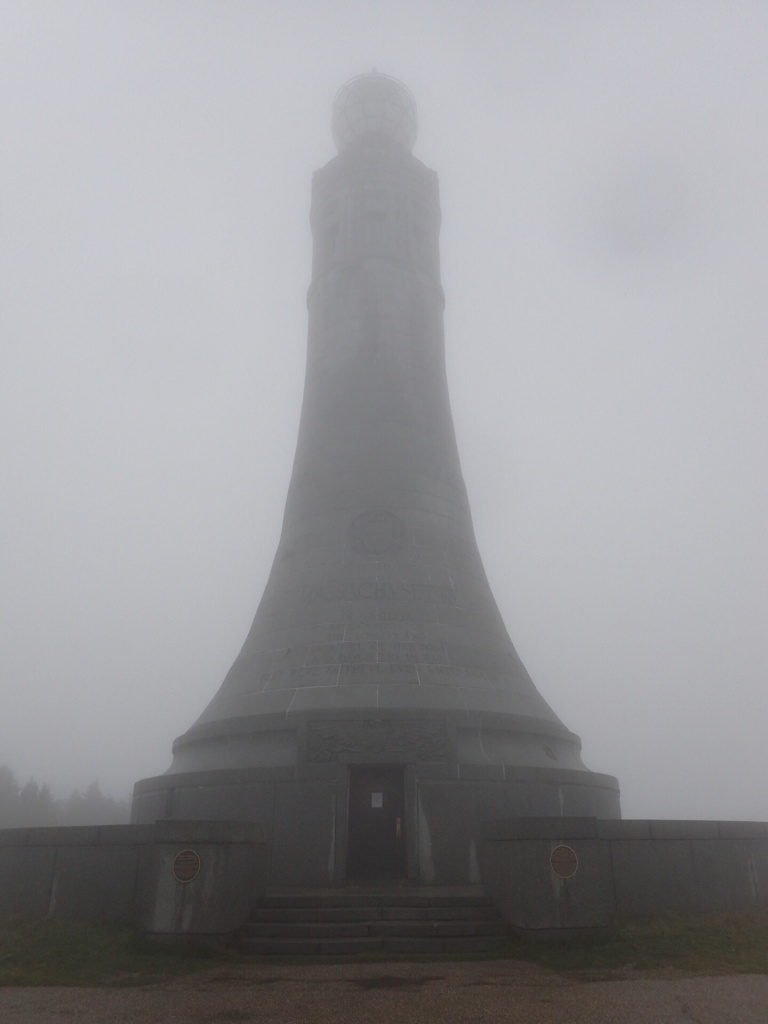 The Appalachian Trail visits this summit as it does some of the other state highpoints in the northeast. 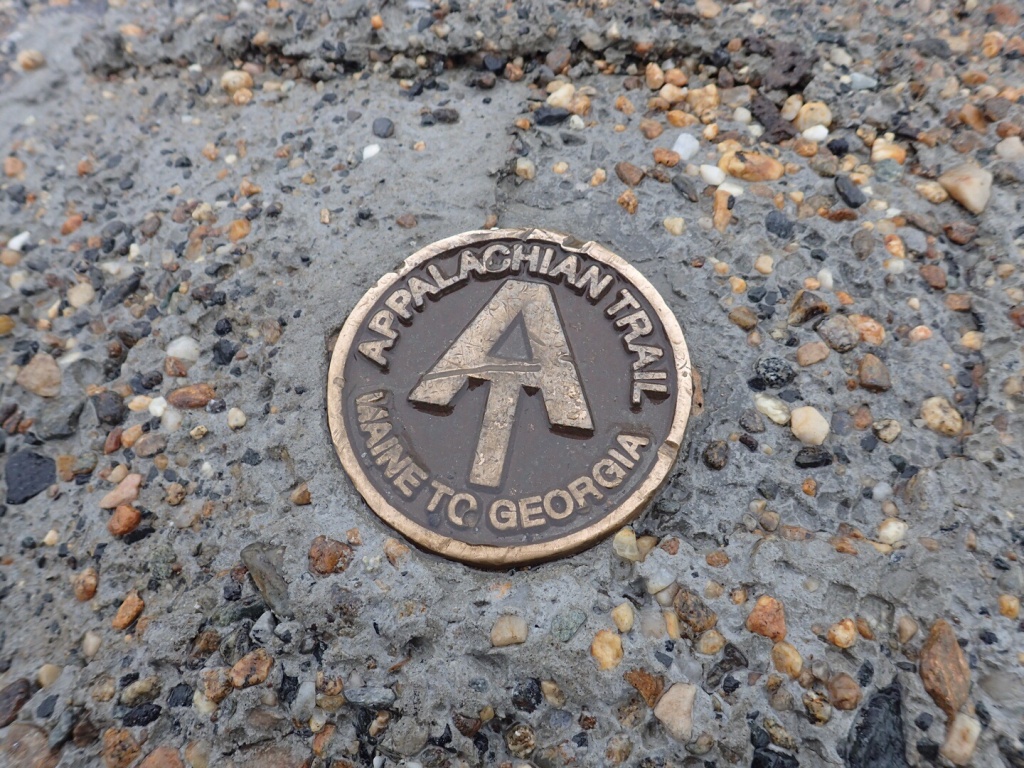