Today the weather looks worse down low, so it’s not looking good for today either. There were reports from yesterday that the weather high on the mountain was beautiful. Here is a photo from 14,200 taken by a team who got in before the weather. 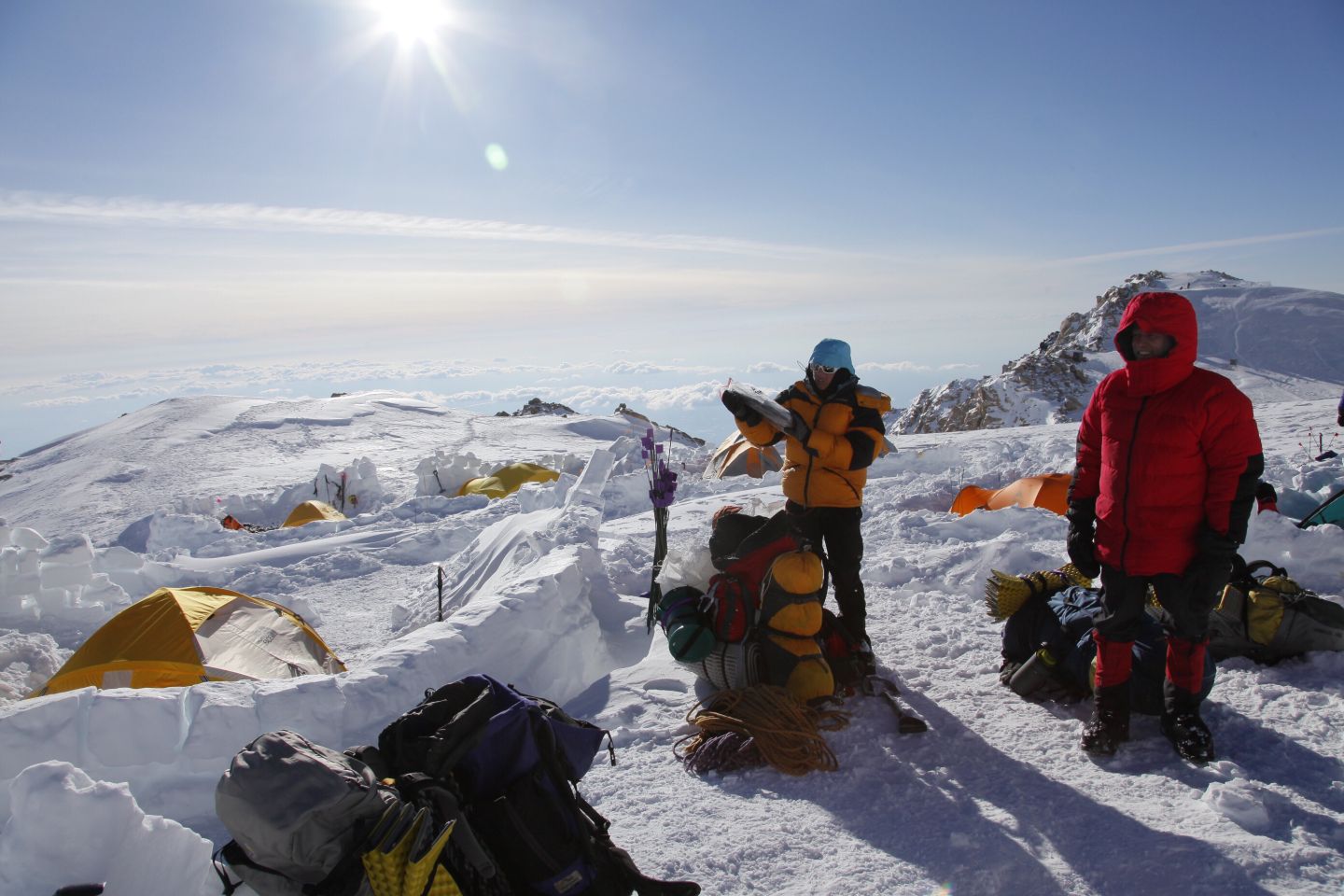 Weasel Net
I have gotten emails about the satellite Tracking Map and Satellite Messaging not working and that is because the weasels have not been released. That won’t happen until we get on the mountain as I don’t want to lay down a satellite track of the restaurants in Talkeetna. Then I would have to add Resturant reviews to my after action trip.

Unladen Swallow Trivia
Just what is the airspeed velocity of an unladen swallow? Many of you recognized the Monte Python Holy Grail movie reference, and knew the response that King Author gave the bridge keeper. But surprisingly nobody knew the actual answer.

The average cruising airspeed velocity of an unladen European Swallow is roughly 11 meters per second, or 24 miles an hour. Don’t believe me, here is the math.