We suited up, loaded 1,000 lbs of gear on the plane and watched the first Turbo Otter piloted by legendary Paul Roderick takeoff. Paul is the owner of Talkeetna Air Service and he took the first run to judge the conditions before he allowed more planes to fly.

Paul was able to land, but the hole immediately closed preventing takeoff. A bit later it opened up and he was able to get off the ground so one team got in and one got out minus thier gear which is still sitting on the glacier.

So we patiently stood by waiting for a green light that never came. 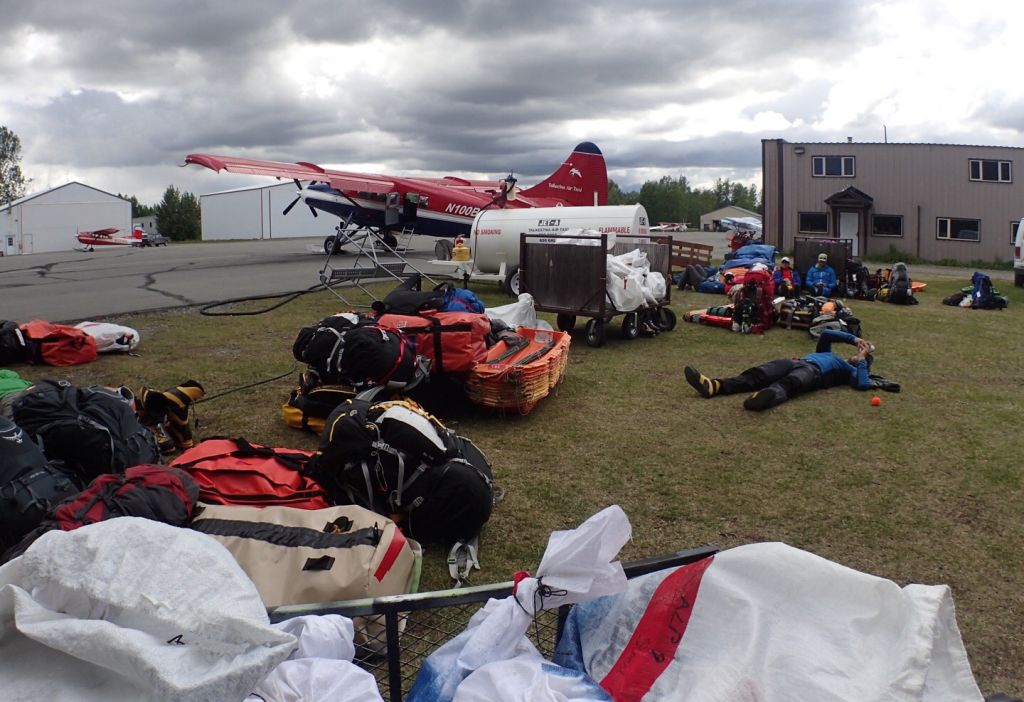 One Less Climber
We lost a climber today and are now 7.  The dismissed climber was not integrating with the team well and repeatedly became agitated and hostile about minor issues. Everyone in the group agrees with the decision, and feel we will be  better for it.

Vote for Danger
I’ve become quite popular around Talkeetna, and am considering running for mayor. The current mayor is a cat with no tail, and I think I can take him.