On Wednesday, September 30th of 2015 at sunset, I sat upon the large rock that marks the 1,770′ top of Missouri smoking a Cuban cigar and eating a Reese’s peanut butter cup. 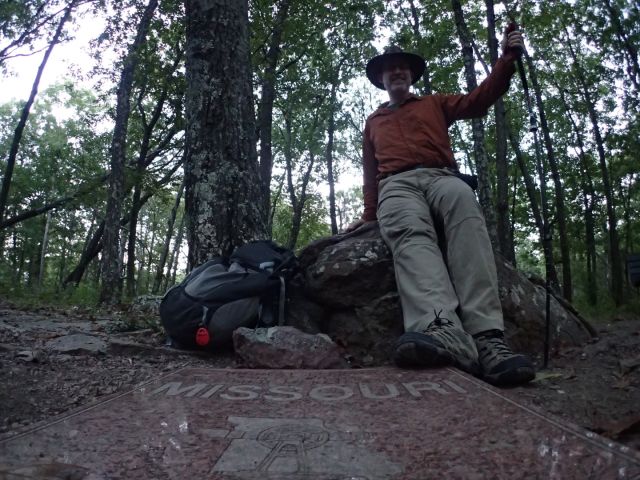 A marble plaque marks the highpoint of Missouri

An Underground Diversion
We headed south from St. Louis on our way to the highpoint and along the way stopped to visit Meramec Caverns for a bit of spelunking. Meramec Caverns is a monstrously large cave system which is home to many unique and dramatic cave formations which boggle the mind. The wide open spaces are impressive, there is even a grand ballroom complete with a disco ball that was used to park cars in the early days before carbon monoxide poisoning was understood. 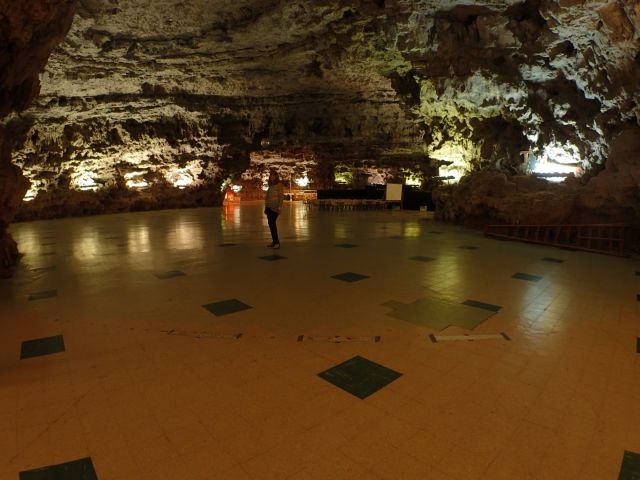 Jesse James Escape Route
The caverns have received some notoriety being the hideout of Jesse James. In 1874 he and his gang were tracked there by a posse after a significant robbery. The posse laid siege to the caverns for days, but Jesse escaped through an underwater passage he had discovered while mapping out the caves. You have to admire his courage for swimming deep into an underground pool of water in the dark, with only the breath in his lungs.

Much of the Meramec Caverns system follows a river

The Stage Curtain
The climax of the tour is a full multimedia extravaganza in a dramatic naturally occurring theater. The screen was a smooth curtain of active stalactites 70 feet high where they projected video synchronized to the thundering soundtrack of God Bless America. There were lights installed all around the area that highlighted various aspects of the theater in time with the music. The room without the tech would have been awe inspiring, but the multimedia production left us with goosebumps.

If you find yourself in this part of America with a few hours to spare I highly recommend stopping by Meramec Caverns. It is a remarkable cave system with a rich history which you can read about here.

The Highpoint Drive
We continued south from Meramec along some  spirited county roads cut through heavily forested country. The roads were well paved and smooth, but very curvy with lots of ups and downs requiring diligent speed management to keep the 32,000 lb coach under control. We parked on HWY 21 a couple of miles south of County Road CC which led to the summit and Susan stayed with the coach. So I took the jeep and drove the rest of the way. It was getting late, and I was hoping for some sunset shots, so I drove like a man in a hurry who doesn’t have his wife in the car. Driving the curvy mountain roads at speed was quite thrilling. We had recently watched Toyko Drift of the Fast & Furious movie series, so I turned off traction control to practice my drifting, but then I remembered I was in a Jeep and thought better of it.

There was a large bus friendly parking lot at the trailhead and the roads certainly would have accommodated the coach, although the last bit of  it was a dusty unpaved road and would have gotten the coach very dirty so I’m glad we left it where we did.

Babes in the Woods
There were a couple of pretty girls sitting on their tailgate near the trailhead and I incorrectly assumed they were there for the highpoint. When I asked them how far it was to the summit, they weren’t sure and mostly  giggled. I figure, either my striking good looks and manly bearing made them giddy, or they were high. I’m pretty sure they were high.

Sunset was fast approaching, so I made haste for the summit. It was a short hike to the actual highpoint and the trail was paved all the way. The entire area was heavily wooded so I was denied my sunset. 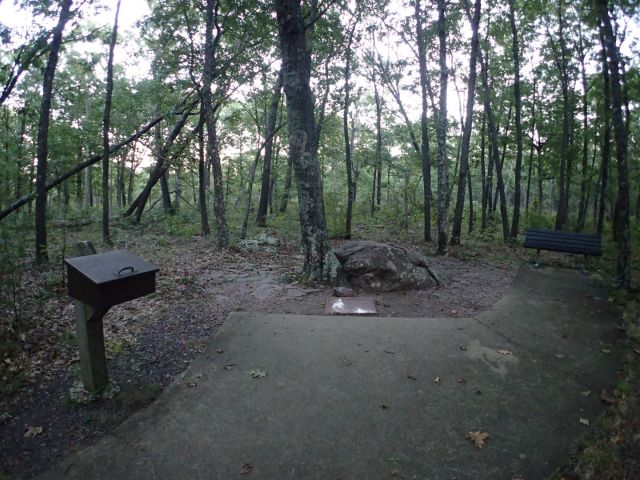 The highpoint area, replete with a plaque, bench, register and rock

Let’s Have A Party!
As this was the final highpoint of this trip making #39 of the 50, I felt like a bit of celebration was in order, so I sat on a rock at the top of Missouri, and enjoyed my unlikely pairing. 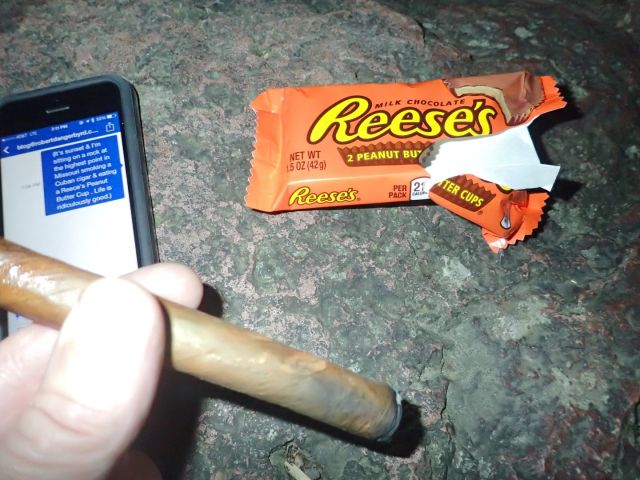 Perhaps not the best pairing