Ohio is a relatively flat state, and while its highpoint is not particularity exciting or picturesque, it is a state highpoint nonetheless, and so it must be stood upon in pursuit of my 50 by 50 highpointing goal. And stand upon it I did, but I did not stand alone but brought along my best friend Samson. Samson is a Shetland Sheepdog AKA Sheltie who is happy to go anywhere high or low. 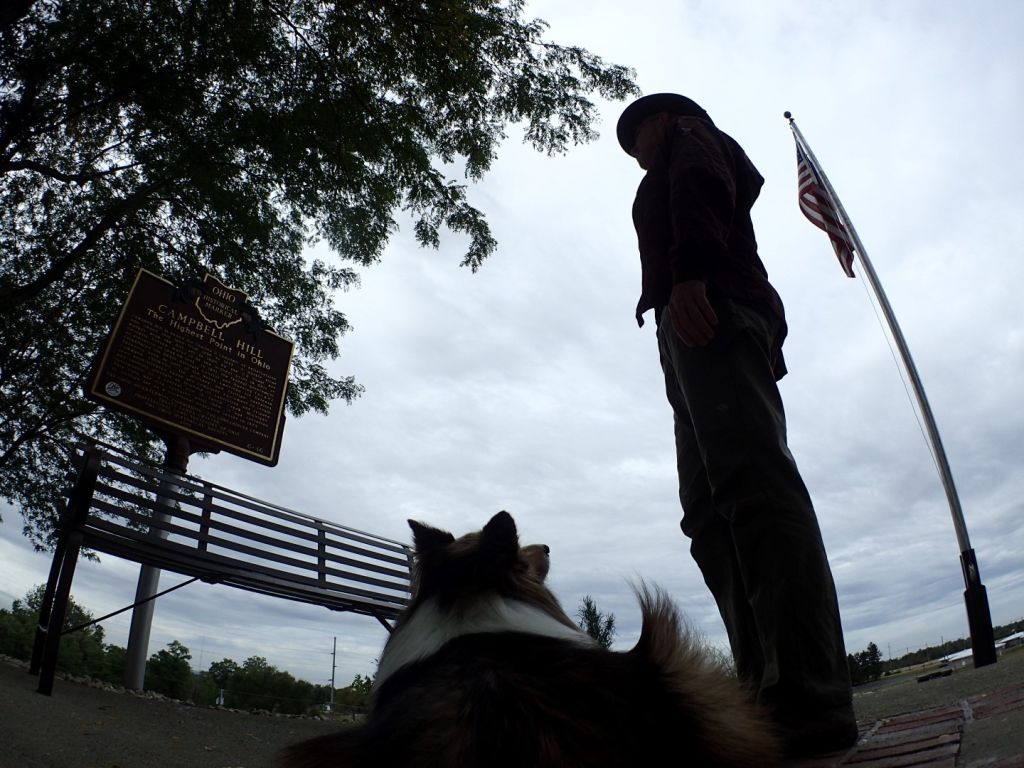 This highpoint is located on the property of a vocational school. Most school grounds are locked up tighter than a drum these days, but not this one. They leave the gate open and welcome highpointers to revel in the glory of their 1,550′ hill.

There is a bit of interesting history here; apparently there was a NORAD  installation here at one time. 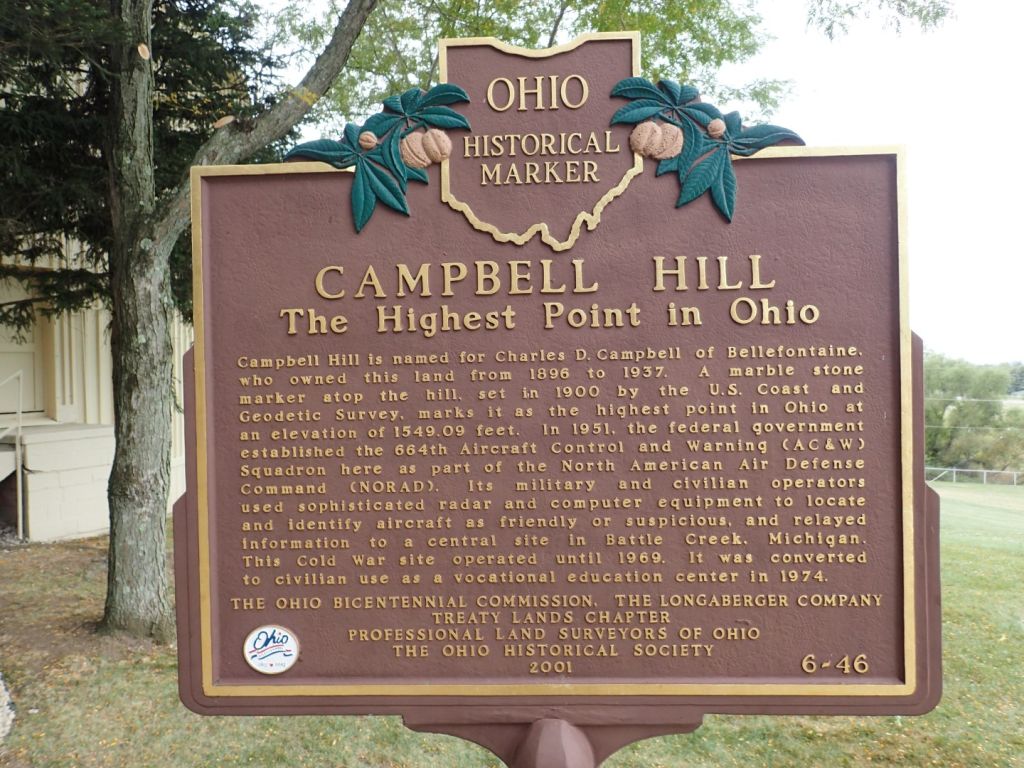 Harvest Time
The real reward here was driving through the farmland surrounding the highpoint. The top crops here are Soybeans, Corn, Hay, Marijuana (for medical markets) & Wheat. It was harvest time and many of the farms I passed had their combines running. These massive machines were mesmerizing to watch as they harvested 40 foot swaths in a single pass. 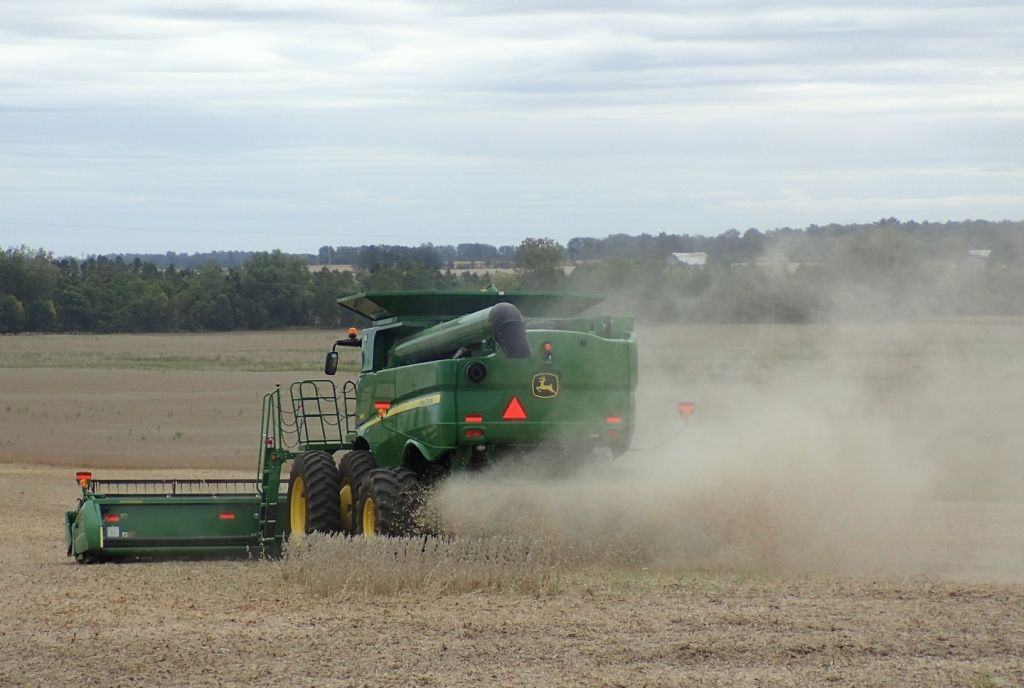 Seeing these marvels in action made me curious, so I did some research and learned some interesting things.

Before these modern-day machines were developed, agricultural workers had to harvest crops by carrying out a series of laborious operations one after another. First they had to cut down the plants with a long-handled cutting tool such as a scythe. Next, they had to separate the edible grain from the inedible chaff by beating the cut stalks—an operation known as threshing. Finally, they had to clean any remaining debris away from the seeds to make them suitable for use in a mill. All this took a lot of time and a lot of people. Which is why in the 1800’s close to 90 percent of the population was actively employed in agriculture, today its around 2%. 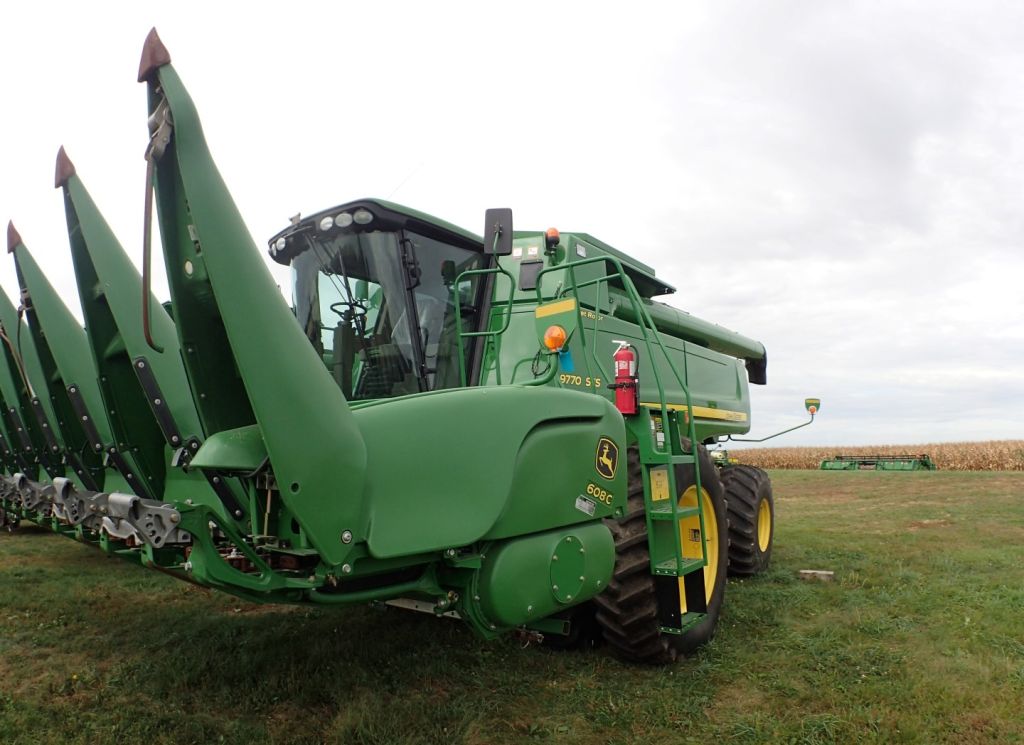 Old Broken Stuff
There was an endless number of picturesque scenes (old broken stuff) along the way, and here are some of my favorites.

This one needs some new shigles 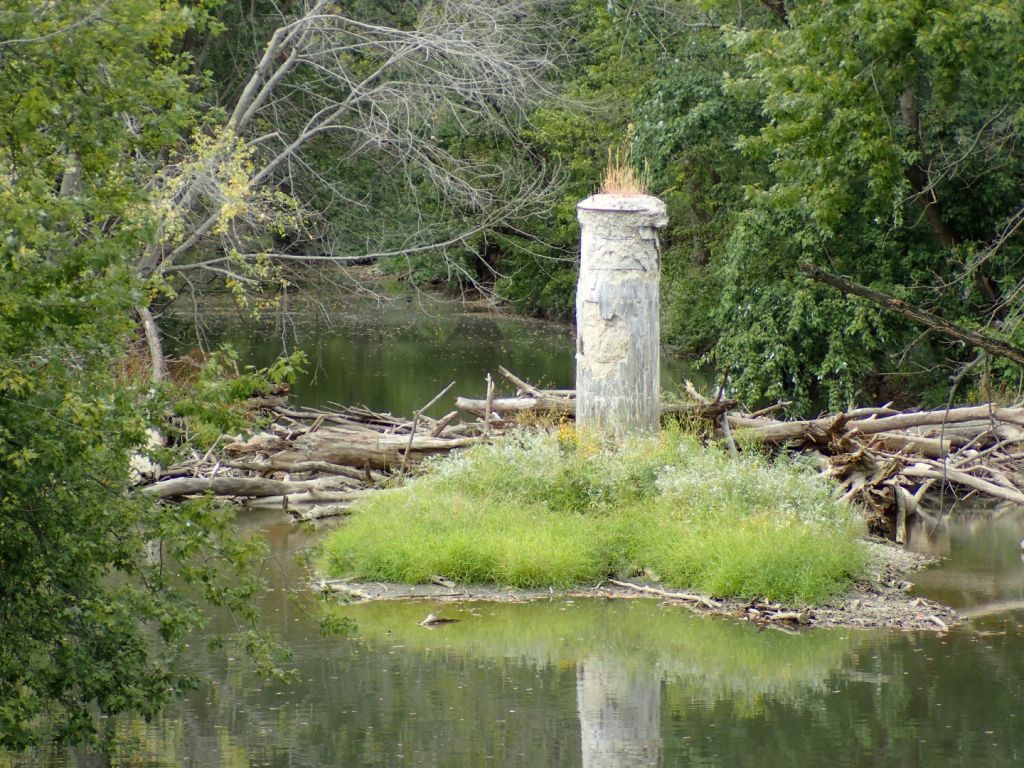 Remnants of a broken bridge 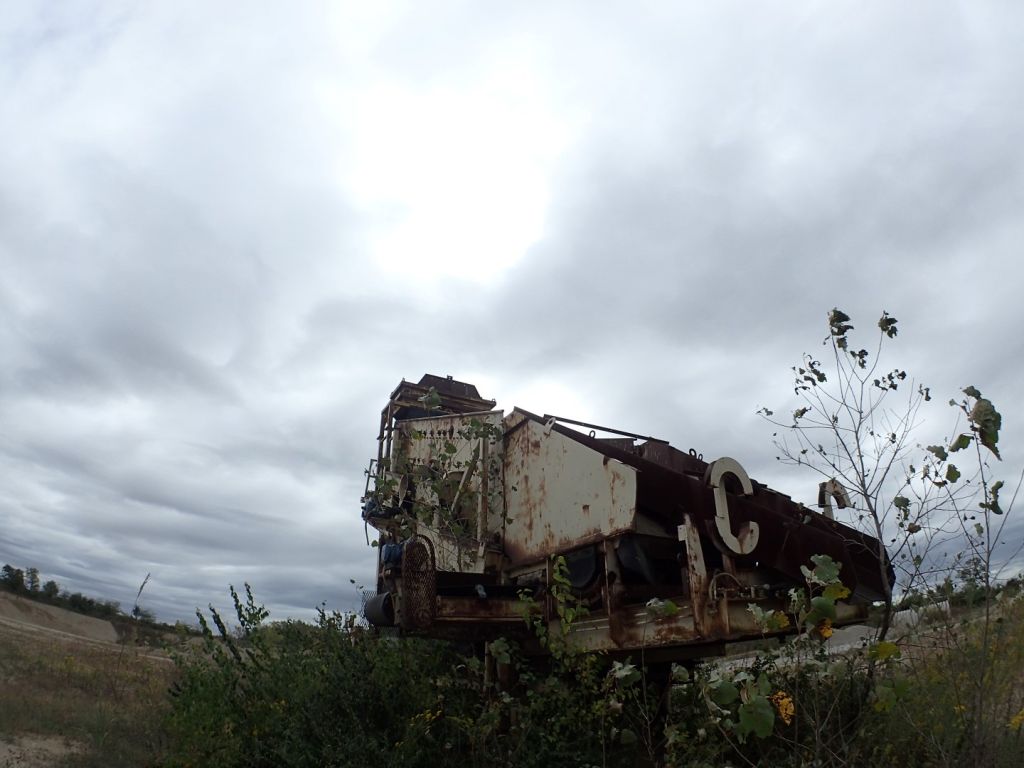 Don’t really know what this is, but I’m pretty sure it’s obsolete 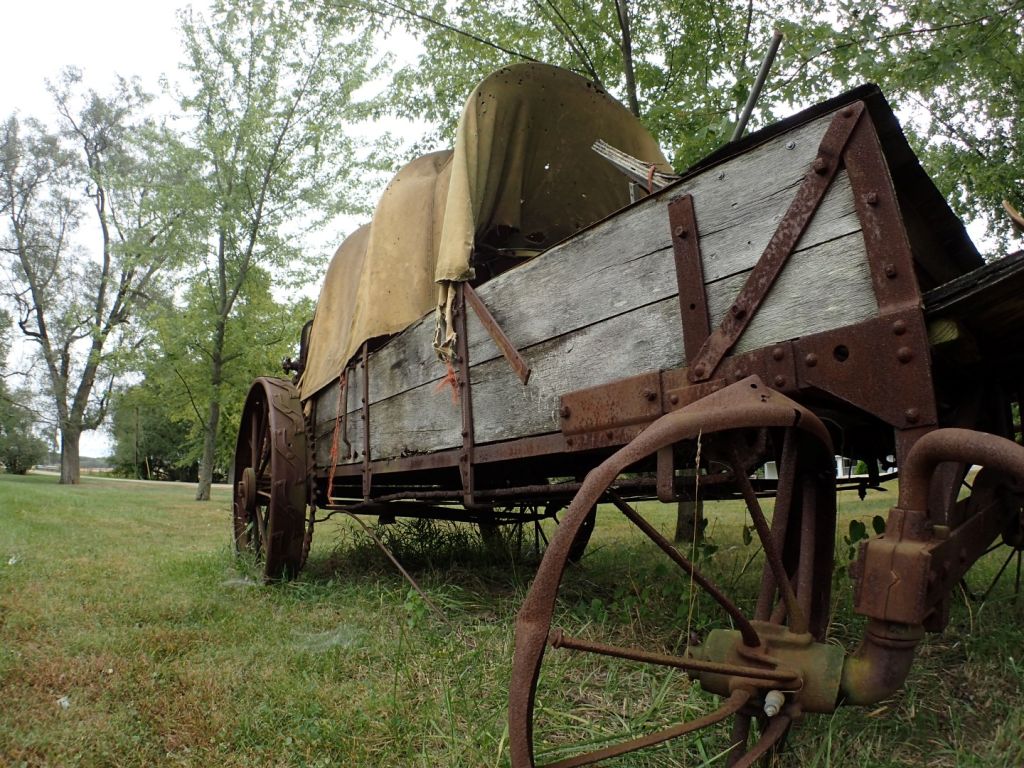 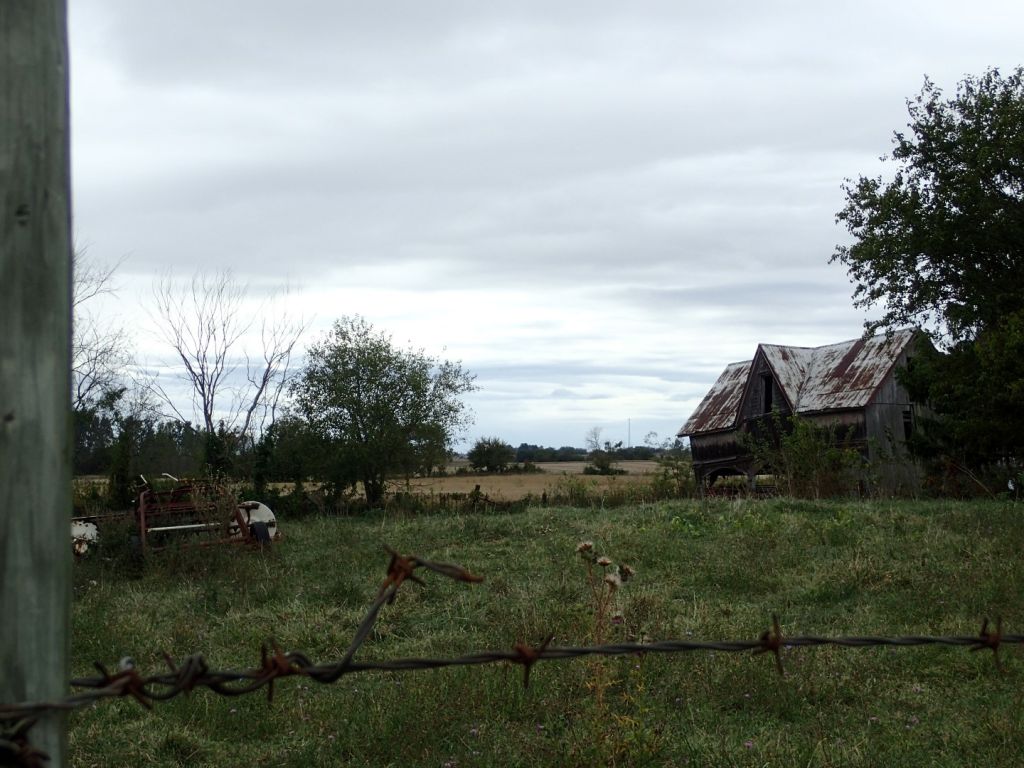