This was highpoint #6 of 8 during our Northeast Trip and Vermont was one of our favorite states. The area around the mountain was replete in its quaintness with inviting inns, homesteads and working farms all constructed in early American classical style. The beautiful roads through the countryside were almost sensual in their curves as they wound their way over and around the colorful hills. This was some of the most beautiful countryside we saw during our trip to the Northeast, and we definitely will be back.

Once at the mountain, we took the Auto Toll Road starting at the Stowe Mountain Resort. The road zigs and zags its way to the summit ridge through the heavily forested hillsides of Mt. Mansfield. 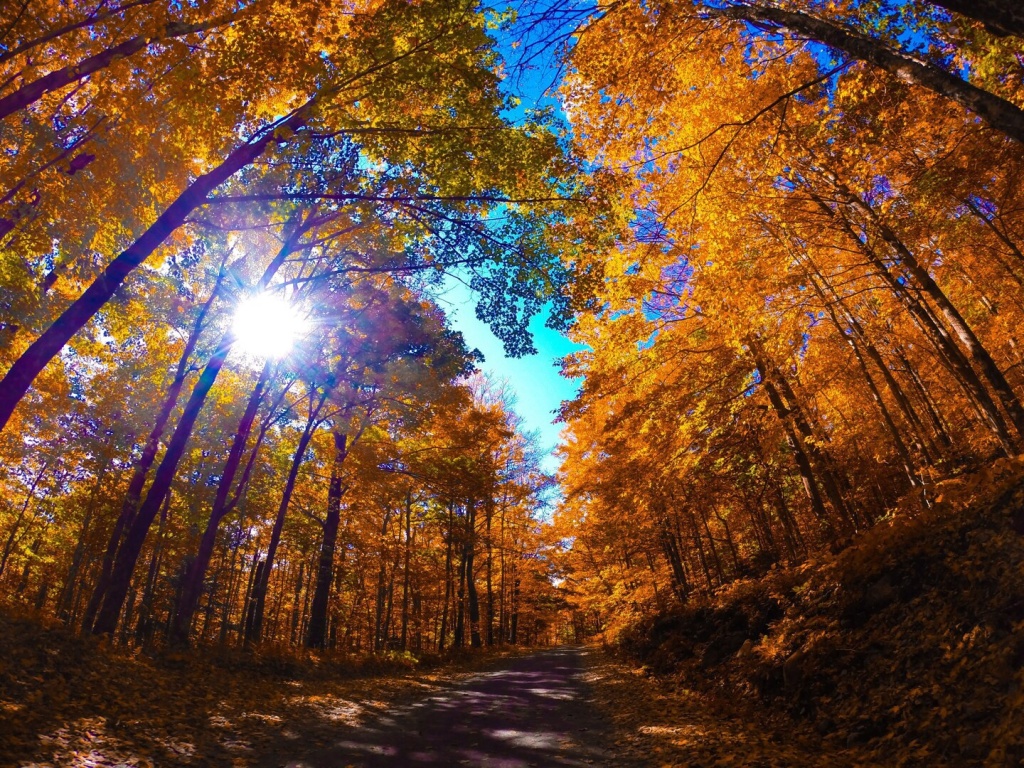 The road finally terminates in lot A at 3,840′. In total there are three parking lots; A, B & C. The attendant below told us at A & B were full, but we decided to check for ourselves and there was plenty of parking at A which put us very close to the trailhead. B & C are 1/2 mile and 1 mile further down the mountain respectively and you can walk or take a shuttle bus provided it’s running.

This is a rugged but short 1.3 mile climb, gaining 543′ (from lot A) and only taking a few hours. Within minutes of starting up this section of “The Long Trail” (a 440 mile long trail cutting across Vermont) we found ourselves above the tree line. The trail was easy to follow, and generally followed the ridge line which when viewed from the east resembles the profile of a human face. The names of its prominent features reflect this: Adams Apple (4,060′), Chin (4,393′, highest point), Nose (4,062′) and Forehead (3,940′). The trail was almost constantly above treeline, making it the only such significant stretch of alpine zone in Vermont. There were good views of the tree covered valleys on both sides of the ridge, but on the hike up the sun was harsh and washed out the fall colors somewhat.

The summit summit was cold and very  windy, so Susan didn’t want to stay long. We took a couple of quick shots with a GoPro and headed down. I never even took off my pack. 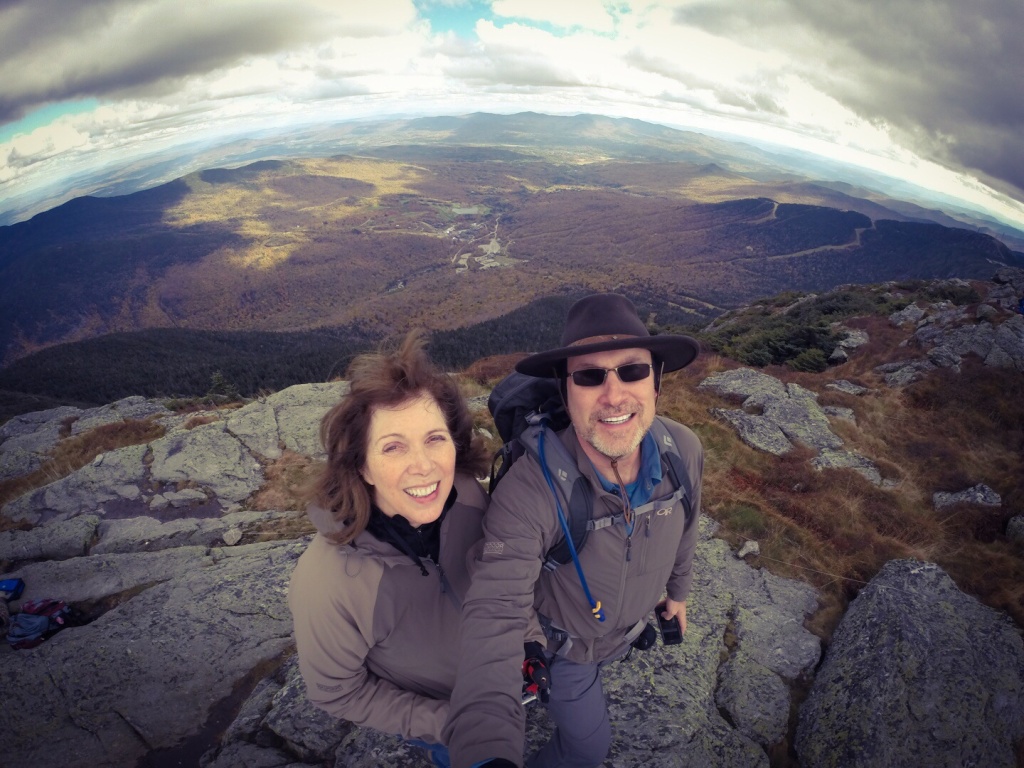 On the way down, a rain storm developed in one of the valleys partially obscuring the sun and making the fall colors pop and the lighting conditions much more dramatic. 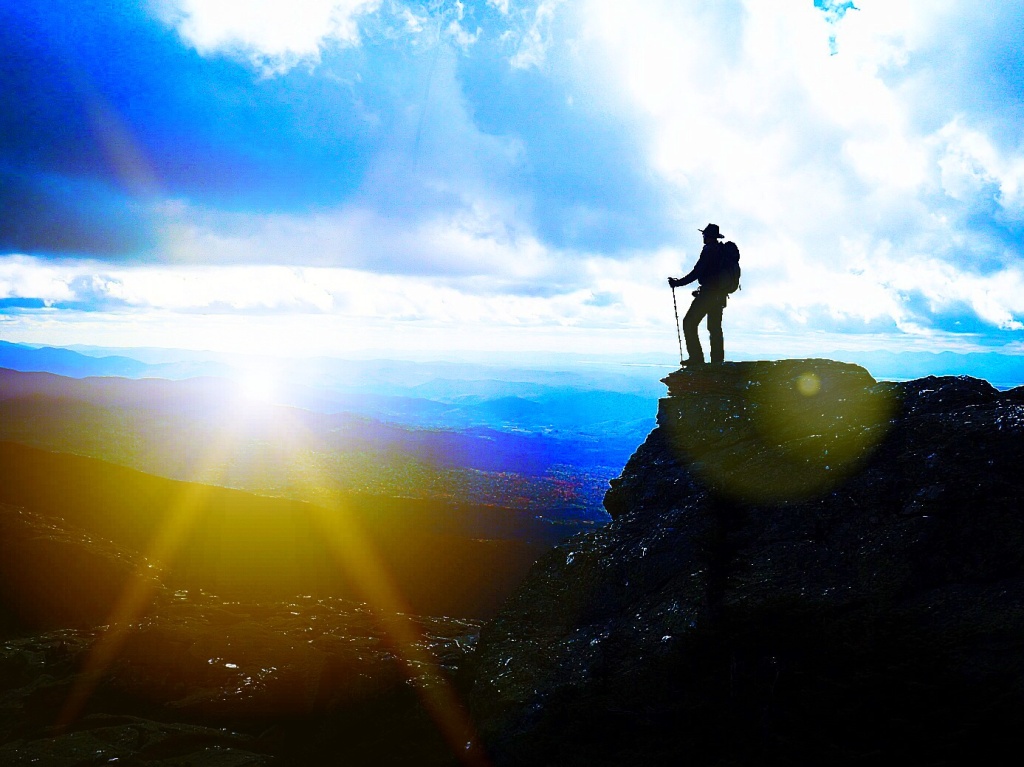 This was the second most difficult highpoint Susan had accompanied me on to this point, but she only asked for a single break on the way up which was a great improvement over Mt Frissell which we had done a couple of days earlier. I believe she gained some conditioning on Frissell which made this climb easier for her. She said she felt much stronger, despite the steep rocky climb and I was very proud of her. 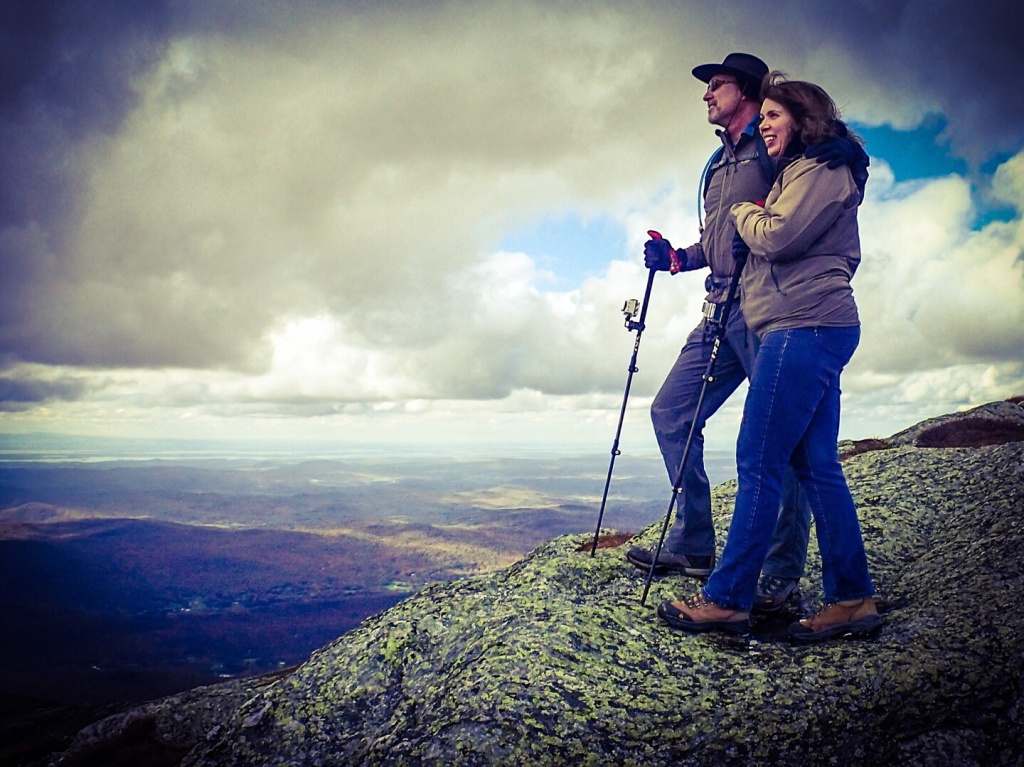