On Tuesday August 16th, 2016, I stood at the Wisconsin high point, Timm’s Hill. It was a beautiful day, and visibility was good. This was state highpoint #47 of 50 for me. 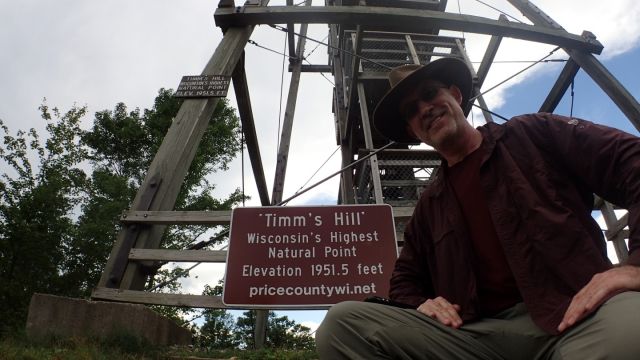 Danger at the natural highpoint of Timm’s Hill, WI

The Story
Susan and I were parked in Duluth with our motor coach “BigByrd”, in preparation for doing Eagle Mountain the Minnesota highpoint. But heavy rains rolled in the previous night dumping lots of water on the highpoint as well as Duluth, and continued thunderstorms were forecasted the following day when I had planned to climb. From Duluth, Wisconsin was a 7 hour round trip drive without stops,  and a short 1/2 hour hike and it was dry there, so it was an easy decision.

The drive took longer than expected, primarily because a sinkhole had swallowed up the road, forcing a wide detour on the way there, and even more drama on the way back. As is often the case in the backcountry, there was some beautiful scenery along the way. 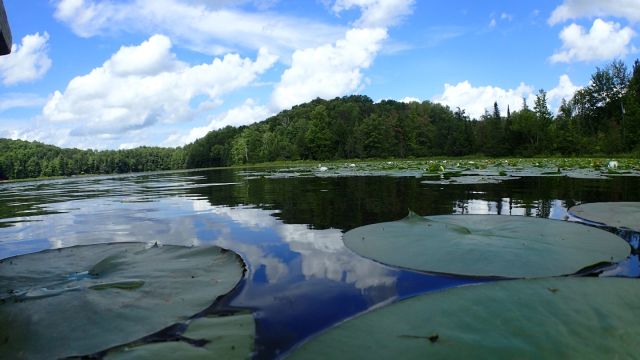 I did not know it at the time, but this lake was visible from the highpoint

At The Top of Wisconsin
Timm’s Hill, is a short hike from a nicely appointed park area, with a moderate 121′ elevation gain. As I approached the highpoint I could see the tower reaching into the clear blue skies. 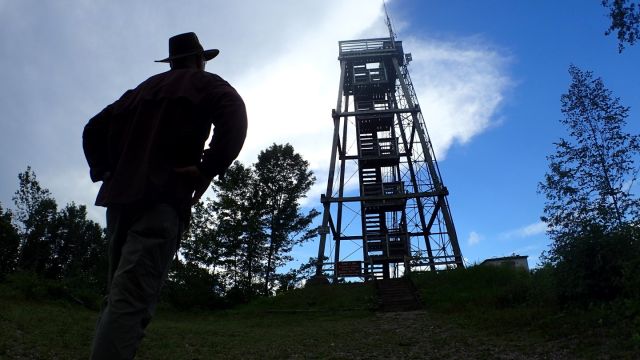 Timm’s Hill is crowned with an observation tower.

From the top of the tower, I could see for miles. The area is heavily wooded, with some lakes here and there. 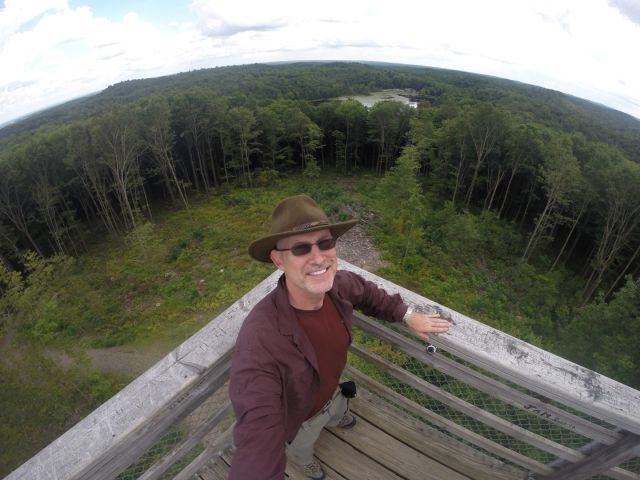 Danger at the top of the tower.

A Well Deserved Tribute
There was an interesting plaque crediting the hardiness of the original settlers of the area. It made me feel grateful to past generations for all they had accomplished, and that I am able to enjoy. It also reminded me of a quote; Society prospers when men plant trees, of which the shade they will not enjoy”. 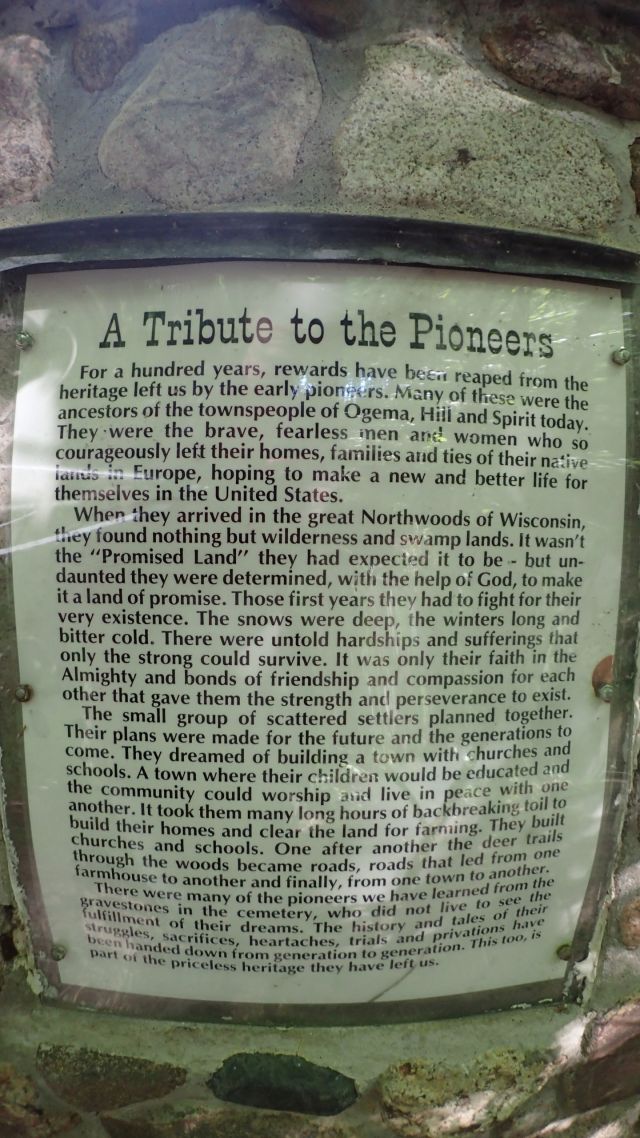 An interesting plaque near the parking lot.

Rubicon, Smubicon
On the way back, I took a wrong turn and ended up back at the aforementioned sinkhole. I was frustrated and didn’t want to have to circle back again. Our Jeep isn’t just any Jeep, but a full blown Rubicon, which is arguably the most capable off-road vehicle in production. Secure in  the knowledge that the Rubicon can handle just about anything, I scouted the area looking for a way around and saw a ditch that looked passable and proceeded to forge confidently ahead. 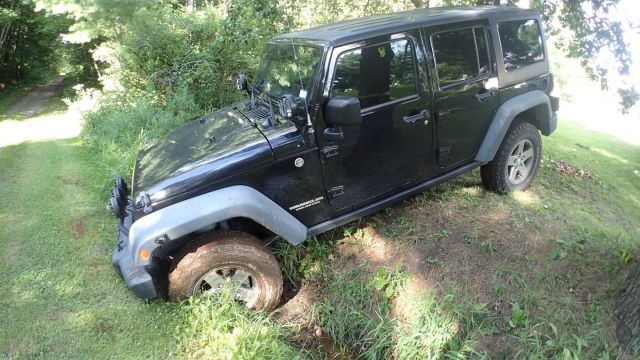 Now this is just embarrassing…

As you have no doubt already surmised from the photo above, I managed to get the hyper capable Rubicon stuck, which is not easy to do. As luck would have it, the towns mayor happened to be walking his dog nearby and came over to insult my intelligence, and ask what I was smoking. I told him my stash was dry, and asked if he had anything? He wasn’t the least bit impressed with my snappy retort and proceeded to wax lyrical on the topic of my general stupidity, and I feeling pretty dumb myself, did not argue the point. Apparently they don’t get much entertainment there, and soon others began to show up. Before long, a dozen townspeople were gathered about marveling at my accomplishment and commending my skill and judgement.

I have never been so glad to see a wrecker driver in my life, and I had to resist the urge to hug the big Grubby man named Chuck. Chuck was going to pull me out on the forward side of the sinkhole, but the mayor insisted he drive around and pull me back out the way I came in. So the show continued and we all waited around, drinking beer and eating bananas. OK, there was no beer, but I did have banana while I got to know my new friends.

So the wrecker arrived, AGAIN, and pulled me out behind the sinkhole. Chuck not being a fan of stress, drama and circling around sinkholes charged me twice his normal rate. But freedom is sweet, and I was anxious to be on my way, so I paid Chuck his usury and climbed back into the Jeep. Now having an expertly annotated diagram provided by the mayor himself with the very original title of “Directions for Dummies” across the top in neat cursive, I made my way around the infernal sinkhole without further indecent and back to Duluth where a giant rubber duck was just getting warmed up.