On Monday November 17th, 2014, I stood atop Sassafras Mountain, which at 3,554′ is the highest mountain in South Carolina. This is highpoint #26 of 50 for me and the last of the 5 state highpoints of our 2014 SouthEast Trip. 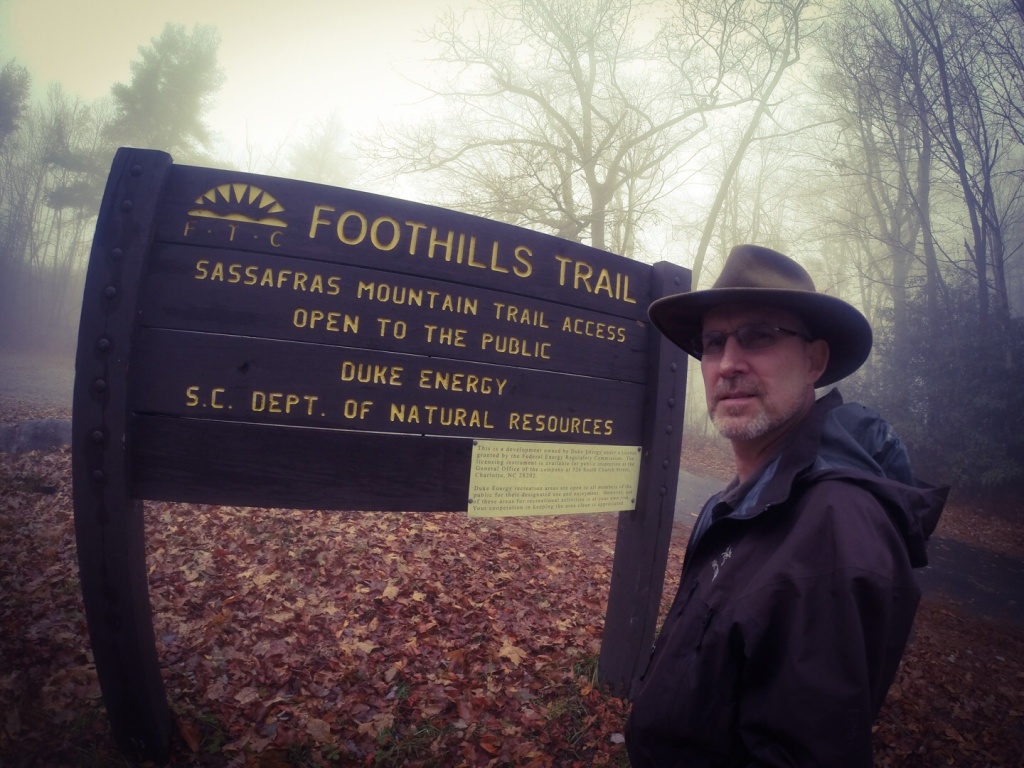 A Foggy Start
Sassafras was another drive up with a very short hike from the parking lot, which was optimistically generous for this ugly duckling of a highpoint. There is a sign that says the land has been placed in the care of Duke Energy. When we arrived it was raining and foggy, so Susan being the fair weather hiker that she is, stayed in the car. 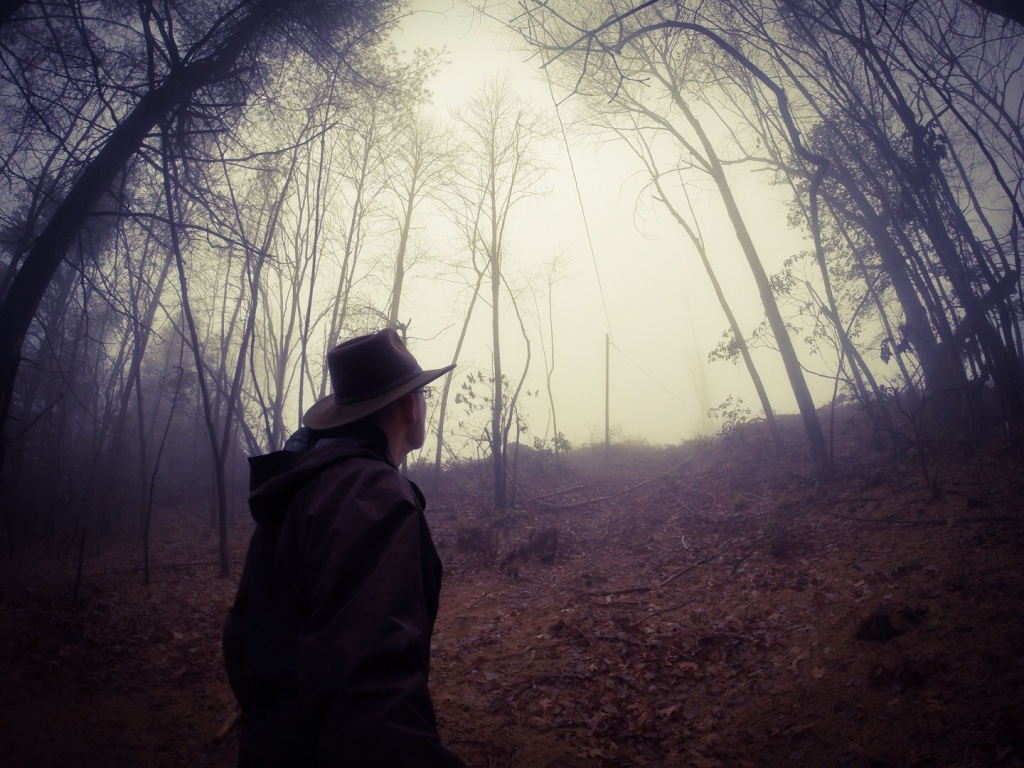 Ugly Summit
The hike to the summit is short, and as I neared the top, I saw that every tree on and around the summit had been felled and much of the debris was still lying about. This coupled with the radio tower at the top qualifies Sassafras for the homeliest highpoint award. 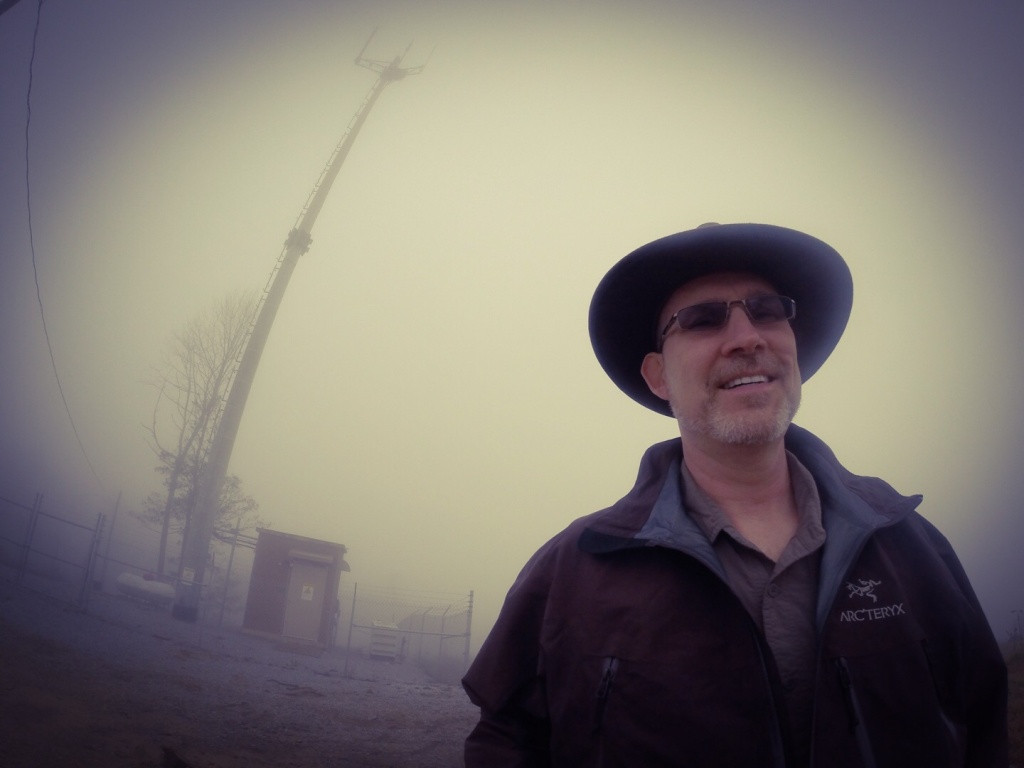 I’m not kidding, this is one ugly mountaintop. Maybe they have something planned for it, but right now it looks terrible. Somebody did at least install a bench and a rock with a plaque at the  summit, so there is a bit of lipstick on this pig. 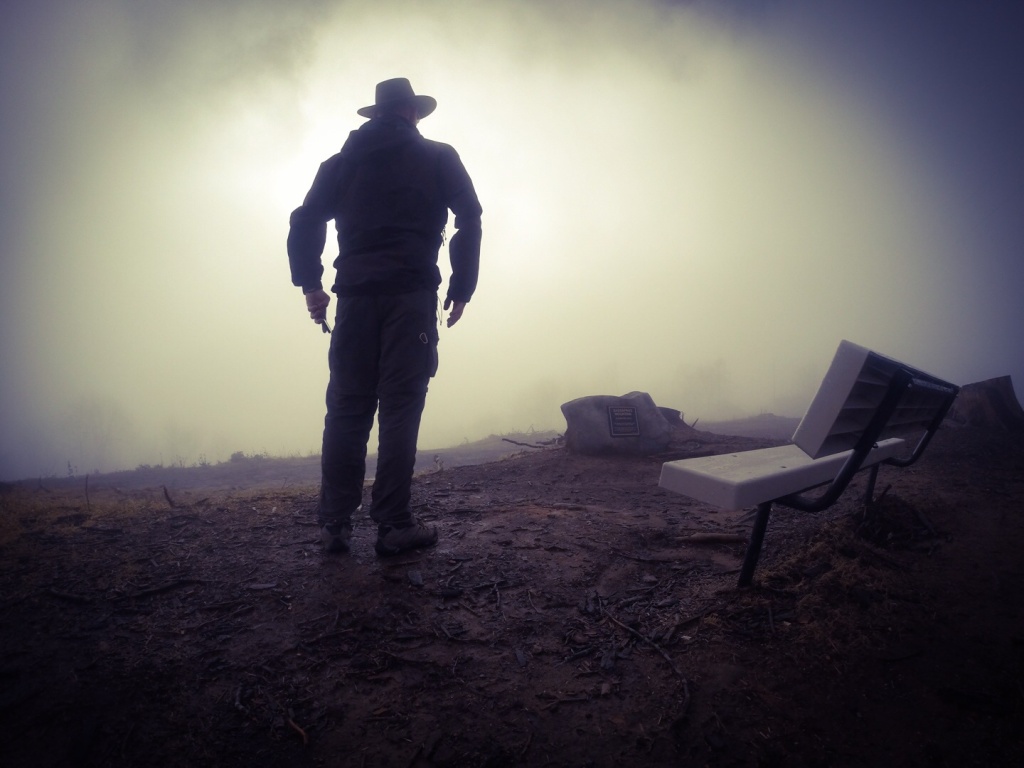 Anti Gravity Vortex
About the only thing remarkable about Sassafras is that the North and South Carolina intersect at the top of the mountain, which creates an anti gravity vortex allowing hikers to effortlessly float in the air. It took a few tries, but I finally got the hang of it. 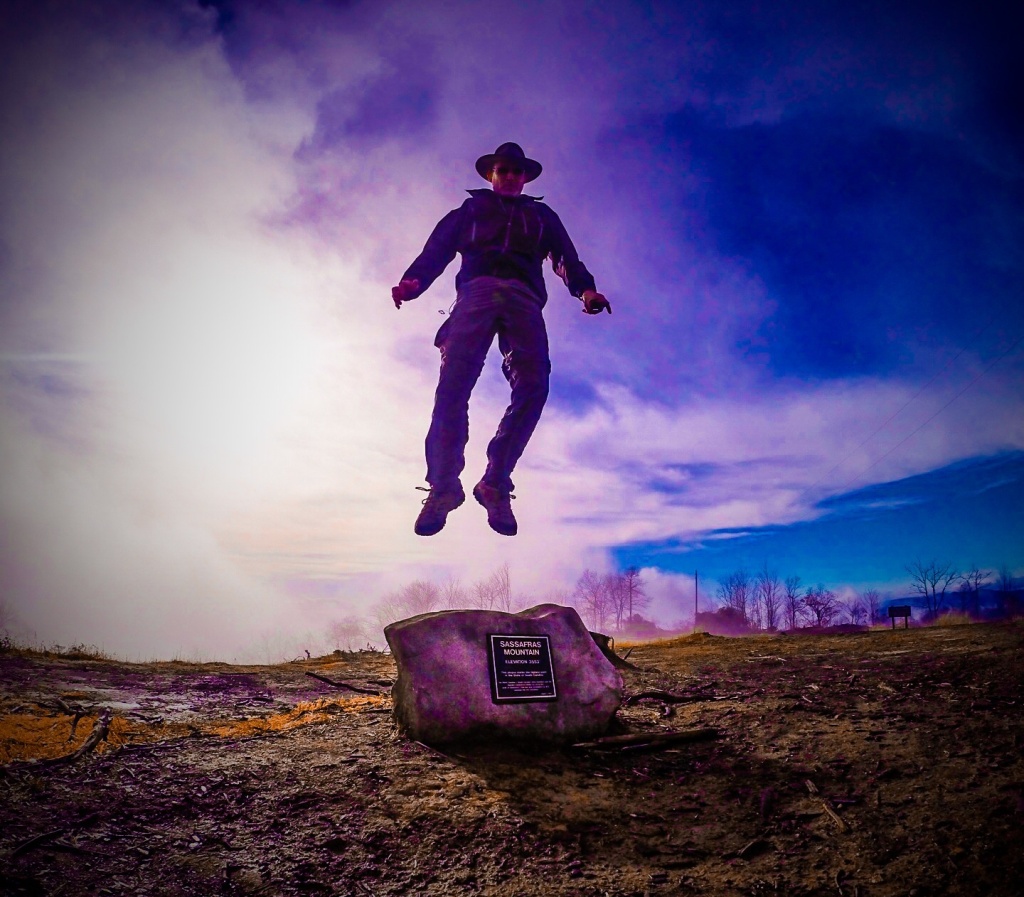 A Welcome Change
While led I was goofing around, a strong wind literally blew the fog and rain clouds away revealing blue skies and colorful valleys, accented with a variety of clouds conspiring to partially shroud the sun. It was quite dramatic and unexpected. My ugly tank was full to overflowing, so it was nice to see something beautiful. OK Sassafras, maybe there is a bit of sass in you after all. 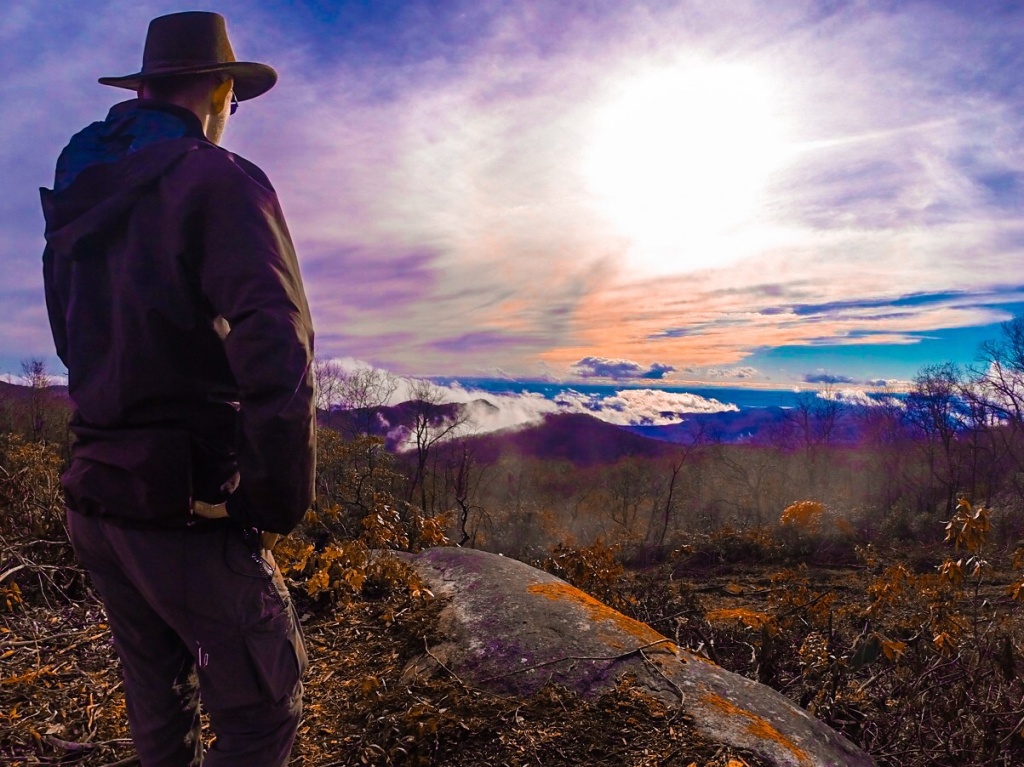