On  Friday, January 22nd 2016, I stood at the 345′ state highpoint of Florida watching a soggy but enjoyable sunrise while smoking a Puerto Rican cigar. 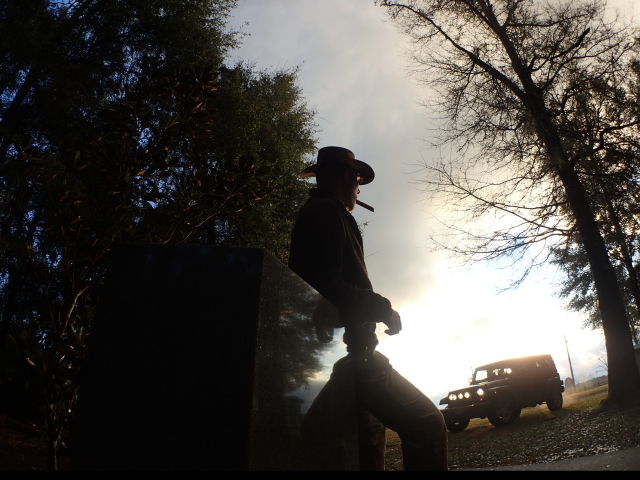 A Very Wet Florala State Park
The sunshine states highpoint might be the lowest state highpoint in America, but it isn’t without its charms. For one it only minutes away from the beautiful Florala State Park with lakeside RV spots. Florala (not a typo) State Park is small, but a very nice place to camp with lakeside spots, great water pressure and the fastest wifi we have seen anywhere. We arrived after dark the night before in cold drenching rain. Not wanting to get soaked, I broke out my climbing rain gear to hookup the coach. It rained most of the night, but was clear although damp the next morning. 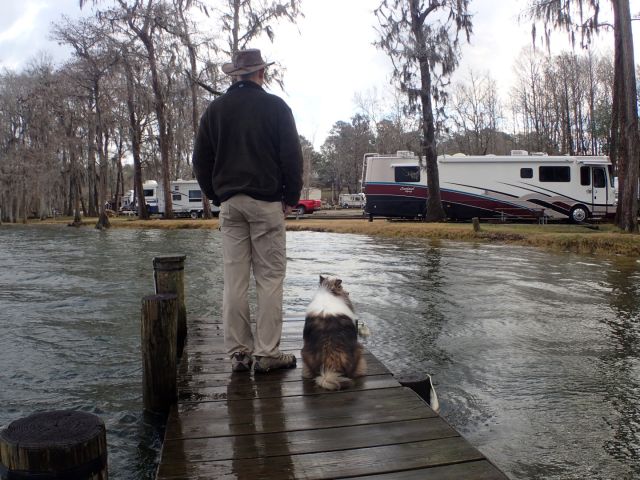 Danger and Samson gazing at the coach from a pier while wondering whats for lunch.

An Early Start
The park is just across the Alabama border and the close proximity made it easy to get there before sunrise. So I took Jeep and headed out early while my wife who prefers sleeping and the dog who is of the same inclination stayed behind. 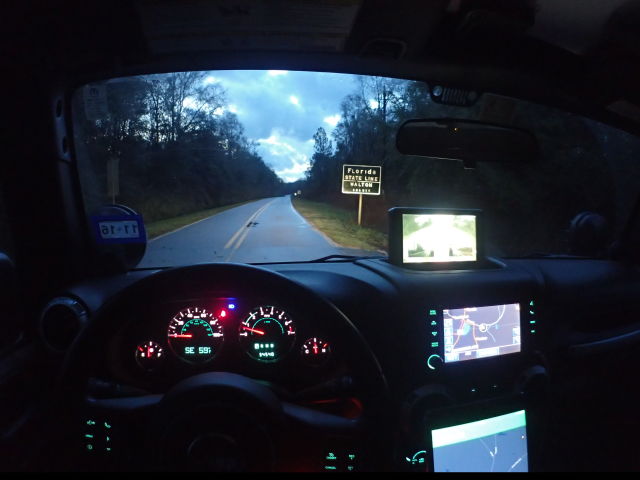 Florida’s Roof
The area around the highpoint is very flat, which seemed to suit the cows grazing in the nearby fields just fine. If it were not for the grand sign announcing the highpoint, I’m sure the local residents would have no idea as the geographical prominence of this highpoint is quite subtle. 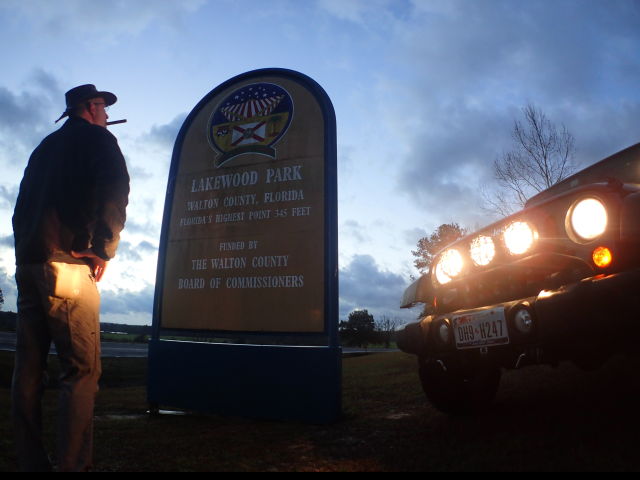 The highpoint, which is actually more of a plateau is marked by a substantial block of polished granite. 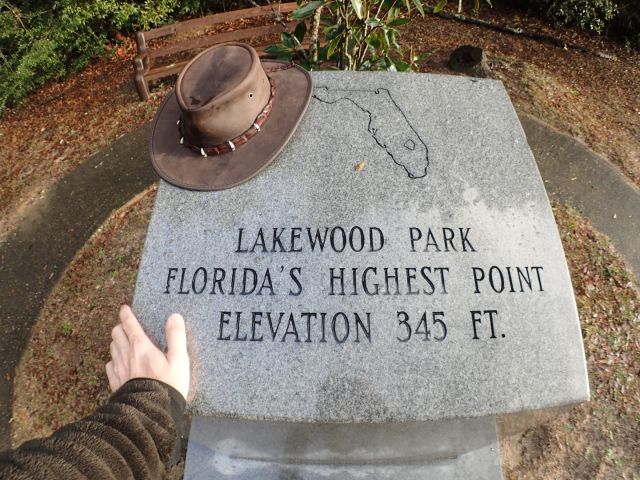 The rather impressive highpoint marker

There are 3 nested loop trails in the park, the longest one being 3/4 of a mile round trip which I took a stroll around while finishing my cigar. The wooded trail was well maintained, but the forest had a uniformity which made it a bit boring.

Arborous History
Britton Hill is located in Lakewood, which at one time was known for some of the finest timber in the world. In fact, the floors of New York’s Grand Central Station, the Waldorf Astoria Bancroft Hall in Annapolis, Md. the Hudson Terminal and many other venerated structures were made with rift-sawn longleaf yellow pine from the area. The Britton Lumber Co established in 1904 could produce 50,000 board feet daily at its peak. It brought prosperity and notoriety to the area until its demise in 1934. Britton Hill is named in honor of the Britton family which donated the land for the park in which the highpoint is located.

View From The Top
Where this highpoint really excels is with its bathroom facilities. This highpoint has the distinction to have the nearest proximity to a toilet of all 50 states. 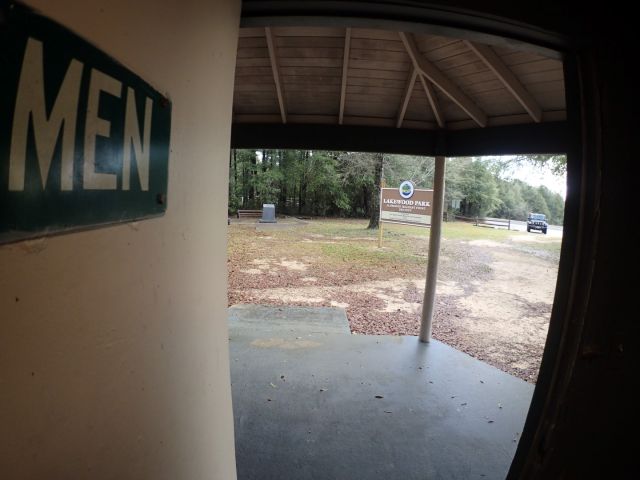 The is highpoint visible just outside the bathroom

I’m not kidding, you can literally see the highpoint from the john. The politician behind this would get my vote if he ran for president. His platform would be simple; “a can of every highpoint”.

BigByrd Update
The trip here was uneventful and the coach did fine after the recent repairs of the air suspension which feels more stable but stiffer now so I may tinker with the governor to soften it a bit. The new high performance exhaust system did increase performance, but it is considerably louder and while my inner teenager digs it, the old man does not. But so far, all systems are green.

What Now?
We are in Santa Rosa now, but we didn’t expect the east coast to get slammed by a blizzard, and while there isn’t any snow here, its cold and windy so we wont stay here as long as we had planned. Well hang here for a day or three, and then will head home by way of New Orleans, unless we get a better offer.